If there’s one thing Tom Hardy knows how to do, it’s go to war. So after watching the English actor... 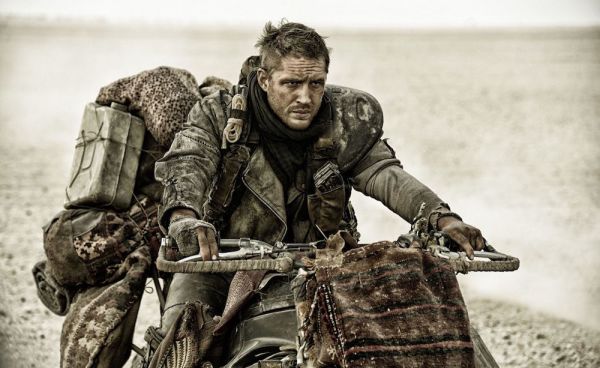 If there’s one thing Tom Hardy knows how to do, it’s go to war. So after watching the English actor slaughter road warriors, break Batman’s back, and invade your dreams, it makes sense that his next project should involve some of the deadliest warriors on the planet: U.S. Navy SEALS.

The Hollywood Reporter brings us the excellent news that the sullen, murdery Hardy has signed on to star in “War Party,” an “adventure project” focused on the exploits of real-life Navy SEALs. Even better: Ridley Scott, the maestro behind “Alien” and “Black Hawk Down” (among other gritty features) and his company Scott’s Scott Free Films, will produce.

Thanks to the arcana of Hollywood movie deals, we don’t have many details about “War Party” just yet, but we do know that you won’t be able to see it on the silver screen. The film was picked up by Netflix in another sign of the streaming service’s growing muscle in the movie space. Here are more deets from IndieWire:

Netflix reportedly made a seven-figure deal for the movie based on a pitch. It’s the latest high-profile film to find a home with the streaming service, which is increasingly attracting some of the most well-known directors in the business. This summer, David Michod and Bong Joon-ho have new films debuting on Netflix (“War Machine” and “Okja,” respectively), while Martin Scorsese has joined the streaming bandwagon for his $100-million gangster movie “The Irishman.”

When it comes to engineering deliciously popular entertainment, Netflix has proven itself remarkably adept at reverse-engineering the traits that define an engrossing cinematic experience (except for the overpriced popcorn, of course). But it’s always possible that the company, by focusing too much on consumer data, might fall into Hollywood’s usual trap of obnoxious military stereotypes.

If that happens, it’s unlikely to be Hardy’s fault. This chiseled motherfucker, known for his intense performances, has already had some faux-battlefield experience through training and filming for his upcoming appearance in Christopher Nolan’s “Dunkirk,” which hopefully gave him a chance to get rid of any bad habits (like a lack of trigger discipline) before he dons his SEAL gear.

And if he does screw up his portrayal? We have a perfect punishment in mind: