Jim Caviezel, the actor most people recognize from his starring role as Jesus Christ in 2004’s “The Passion of the... 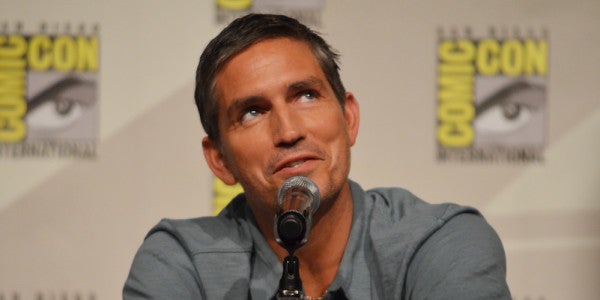 Jim Caviezel, the actor most people recognize from his starring role as Jesus Christ in 2004’s “The Passion of the Christ,” has a brand new, uh, passion project: playing a Navy SEAL on an upcoming CBS drama, Variety reports:

Caviezel will play Jason, the respected, committed leader of his assault team who’s been through over a dozen deployments. He joins A.J. Buckley, who plays the self-destructive, on-edge but loyal Sonny; Max Thieriot, a millennial SEAL who is extremely capable but deeply insecure beneath layers of swagger and confidence; Neil Brown Jr. as Ray, the longest-tenured member of Jason’s assault team, and his most trusted friend and colleague; and Toni Trucks as Diaz, the logistics officer who is responsible for making the arrangements to get the team and their gear where they need to be.

This could be very, very entertaining. Or extremely bad. Or both! Hollywood has, at times, done a remarkable job adapting the horrors of battle to the big screen, but for every Saving Private Ryan there’s some other bullshit war program that doesn’t make any sense. Endless ammo! Radio chatter! A fuckload of medals!

Naturally, we’re eager to see what Caviezel does with the role, but there’s always the worry that producers at CBS will butcher his portrayal of the Navy SEALs. With that in mind, the super-sleuths here at Task & Purpose have uncovered test footage from the new drama, tentatively titled “The Passion of the Christ 2: Electric Boogaloo”:

Look familiar? Of course it does — “The Simpsons” already did it. Nice try, CBS; we’ll save our energy for NBC’s eventual TV treatment of the Marines United scandal.