Here’s What The New Missouri Governor, A Navy SEAL, Told A Buddy Struggling With PTSD

On Tuesday night, former Navy SEAL Eric Greitens won the nomination for governor of Missouri over the state’s attorney general,... 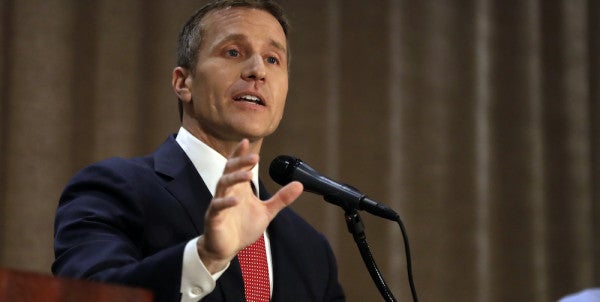 Before entering politics, Greitens had a storied career as a Navy SEAL. He received a commission in the Navy in 2001, and then received orders to Basic Underwater Demolition/SEAL School. Greitens was there on Sept. 11, 2001, and his class would be one of the first to go through every phase of training with the understanding that they would soon be taking part in the Global War on Terror.

As a Navy SEAL, Greitens deployed to Afghanistan, the Horn of Africa, and Southeast Asia. In 2007, he deployed to Iraq where he served as the commander of an Al-Qaeda targeting cell. He currently serves in the Navy Reserves as a lieutenant commander.

The weight of multiple deployments took its toll on Greitens. In 2015, he published “Resilience,” his fourth book, a compilation of letters between him and his Navy SEAL buddy struggling with alcoholism, job loss, and PTSD. In the book, Greitens explains his own struggle with severe mental-health issues in 2002 and how he eventually overcame them:

Greitens went on to found The Mission Continues in 2007, a nonprofit that seeks to help veterans transition from wartime service by serving in and leading their communities. His own personal resilience is what empowered him to get involved in politics as an outsider and go on to win the governorship.