In the wake of the May 22 ISIS attack on an Ariana Grande concert in Manchester, London, which claimed the... 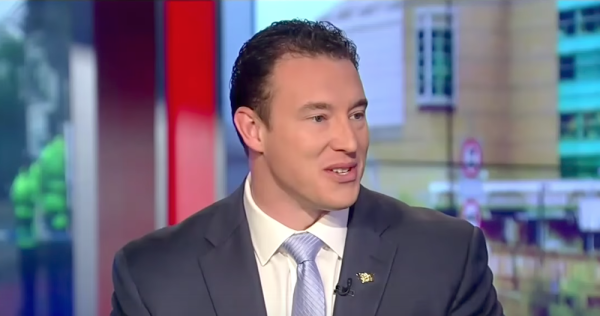 In the wake of the May 22 ISIS attack on an Ariana Grande concert in Manchester, London, which claimed the lives of 22 people and injured 116, celebrities worldwide have taken it upon themselves to comment about the tragedy.

Pop star Katy Perry weighed in, too, and her words were not well-received — especially by Carl Higbie, former Navy SEAL and Fox News commenter.

“You have people like Katy Perry, for instance,” Higbie told Fox News this morning. “This woman has said we need to hug it out. Go to hell, Katy Perry. Hold one of your concerts in Syria. These people don't understand what's going on here.”

It’s not clear how closely Higbie followed Perry’s comments, in which she called for the fans of pop musicians around the world to unite, despite whatever petty celebrity feuds they may have.

“I can't really tell anyone else how they should feel, but I just feel devastated,” Perry said during an interview with Elvis Duran on May 23.

“Whatever we say behind people's backs, the Internet can be a little bit ruthless as far as fan bases go, but I think that the greatest thing we can do is just unite and love on each other,” Perry said. “No barriers, no borders, we all just need to coexist.”