A Boy With Leukemia Just Became An Honorary Navy SEAL

B.J. Correll, a 14-year-old boy who hopes to be a Navy SEAL someday, received a visit from veterans as he... 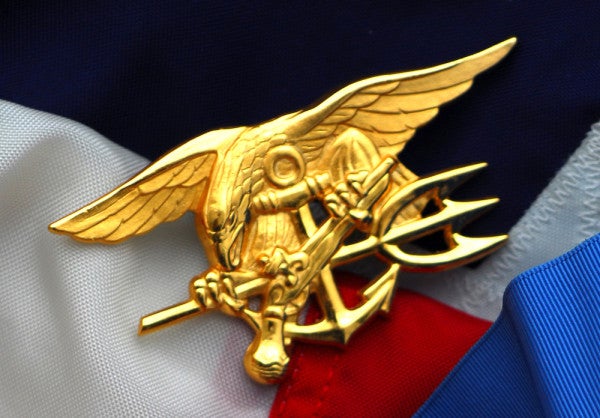 B.J. Correll, a 14-year-old boy who hopes to be a Navy SEAL someday, received a visit from veterans as he underwent treatment for his second battle with leukemia.

From his stay at the Duke University Hospital in North Carolina, a group of retired SEALs named Correll an honorary member of their elite team.

“He shows the character of what a SEAL would be like. He’s very strong,” Stephen Brown, a SEAL Swim Charities member told Fox 5 Atlanta.

Correll, who was first diagnosed with leukemia in 2012 and again in May 2015, decided he wanted to be a Navy SEAL after a class project in middle school.

Through Facebook and GoFundMe pages, his mother writes often about how her son is the strongest person she knows. When the Navy SEALs offered him the honorary title, she said it took her breath away.

“He's having a hard time right now. It's amazing for him to have what he's wanted to do for his life,” she said.

After the visit from the veteran SEALs, he now has a SEAL Trident, worn by a former SEAL in battle, who told Correll he could keep it until he earned his own.

“With everything he has fought for and everything, he would make a great SEAL, he really would,” Brown said.