These Are The States Most Dependent On The Gun Industry

Alaska is the most dependent on the gun industry, while Hawaii is the least. Idaho has the most firearms-related jobs,... 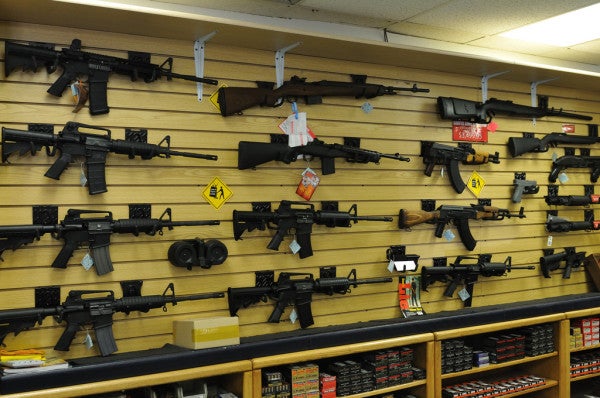 Alaska is the most dependent on the gun industry, while Hawaii is the least. Idaho has the most firearms-related jobs, while Wyoming has the highest total taxes paid by the gun industry. Those are some of the findings included in WalletHub’s study of the economic impact of the shooting sports on individual states.

According to the National Shooting Sports Foundation, the U.S. gun industry generated $51 billion in revenue and $7.4 billion in state and federal taxes in 2016. The study, commissioned to map out which states are the most dependent on the gun industry, comes at a time when gun sales are in decline after the election of President Donald Trump quashed fears of a new round of gun control laws. In the past, gun sales have been highly linked to proposed gun control legislation and concern about possible new gun bans.

On the other end of the scale, New Hampshire, New Jersey, New York, Rhode Island and Delaware all have the lowest levels of gun ownership. Just 5.2% of all Delaware residents own guns.

Broadly speaking, the West and the South benefit the most from the gun industry, particularly countries with relaxed gun laws. The top five states in the industry that have the most impact all lie west of the Mississippi: Alaska, Wyoming, South Dakota, Montana, and Idaho. Idaho has the most firearms-industry jobs per 10,000 residents, 39.85, 20.6 times more than in New Jersey, which has the fewest at 1.93.

The link between gun control and gains from the gun industry is also evident in the number of jobs and taxes paid by the industry in each state. New York and New Jersey have some of the fewest firearms-related jobs per capita in the nation and received the smallest share of firearm-related tax revenue.

One data point that stands out in the report: the District of Columbia, which has banned handguns and has no hunting industry or firearms manufacturing to speak of, has the highest average firearms-industry wages and benefits at $348,325. This is undoubtedly a reflection of the wages of pro-gun industry lobbyists, who are apparently getting paid pretty well.

Check out the breakdown below.