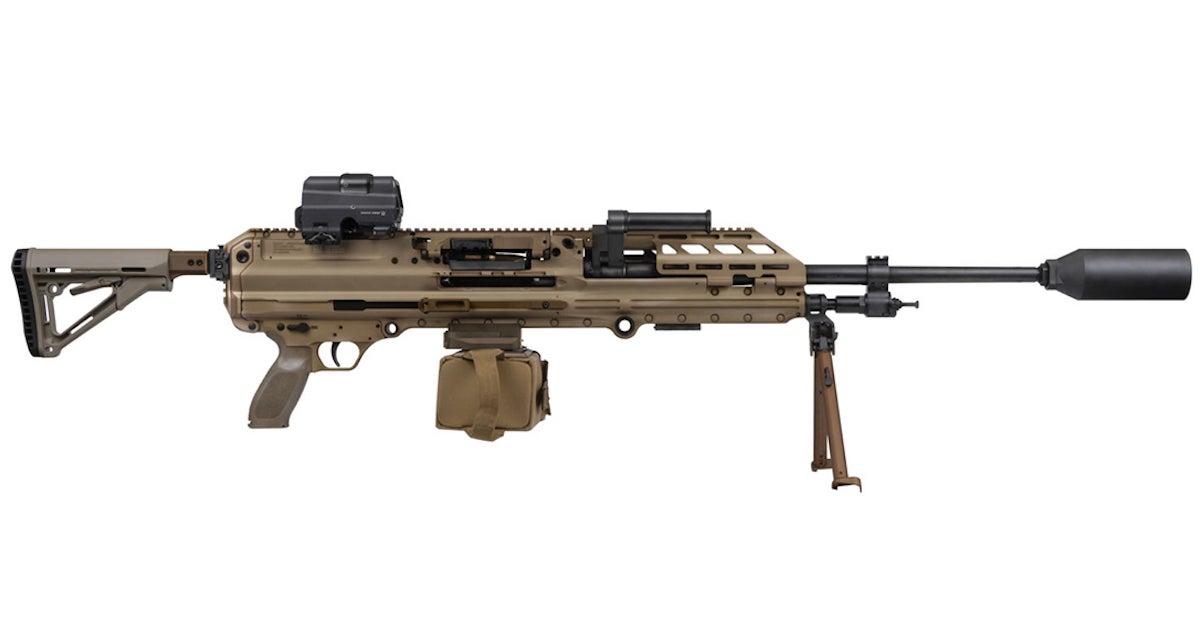 The Army has initiated an expansive study to identify a potential replacement for the M240 machine gun in soldier arsenals, officials announced on Thursday.

The Army is currently conducting a Platoon Arms and Ammunition Configuration Study designed to help inform the small arms requirements for infantry squads, including a potential replacement for the M240, Army Times reported.

The study “will start at the threat and work our way back to help define our needs for the Next Generation Machine Gun,” Soldier Requirements Division director Col. Rhett Thompson reportedly said during a National Defense Industrial Association conference on Thursday.

According to Army Times, Thompson stated that the new study will “closely follow” the work of the Army’s 2017 Small Arms Ammunition Configuration Study that induced the service to pursue a 6.8mm round for it’s Next Generation Squad Weapon (NGSW) after decades of chambering infantry weapons in 5.56mm.

The NGSW will eventually replace both the M4 carbine and the M249 Squad Automatic Weapon in close combat formations.

The decision to pursue an intermediate caliber grew out of both the outranging of infantry squads by adversaries equipped with 7.62mm weaponry — namely the AK-47 in Afghanistan — and the inability of existing 5.56mm ammo to defeat enemy body armor downrange.

The only weapon currently chambered in 7.62mm in the Army infantry platoon outside of long-range precision weapons like the new M110A1 Compact Semi-Automatic Sniper Systems (CSASS) is the M240, according to Army Times.

The Army isn’t the only service in search of a fresh caliber for infantry squads: According to Army Times, the Marine Corps is currently assessing a .338 Norma Magnum round for its own arsenal of M240 machine guns.

Indeed, grunts with Marine Forces Special Operations (MARSOC) in January were putting Sig Sauer’s MG 338 machine gun through its paces as a potential replacement for the M240 for both the Army and Marine Corps, as Marine Corps Times reported at the time.

The MG 338 is also the same machine gun competing with the Lightweight Medium Machine Gun from General Dynamics Ordnance and Tactical Systems for the U.S. Special Operations Command replacement for the M240.

The MG 338 weighs 20 pounds and was designed to meet SOCOM requirements of firing belt-fed .338 NM rounds with sufficient accuracy to engage targets at ranges between 6,500 and 8,200 feet, well beyond the 6,000-foot range of the M240, according to Army Times.

It’s unclear how SOCOM’s lightweight machine experiment might feed into the Army’s and, in turn, the Marine Corps’ push to replace their respective M240 arsenals, although it’s worth noting that the two services followed SOCOM’s lead in pursuing the MRAD as their sniper system of choice.

The decision on SOCOM’s M240 replacement is at least three to five years away, Army Times reported, while the Army’s fresh study likely won’t be completed until the end of 2023.

Related: The Army is considering changing the size of its infantry squads