The Army is considering changing the size of its infantry squads

"This study intends to determine the optimal size of the Infantry Squad considering the integration of new and next-generation capabilities (NGSW, IVAS, etc)" 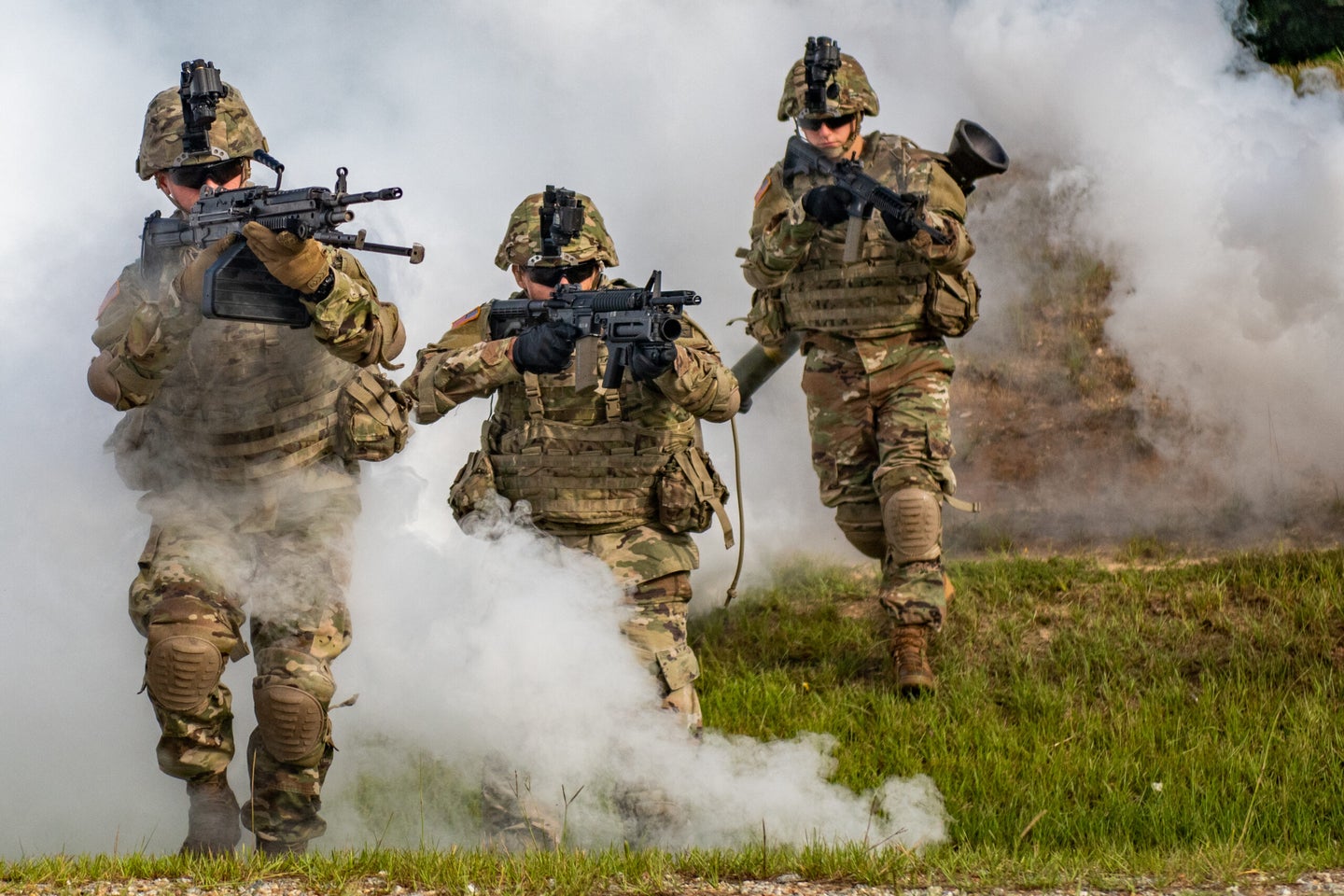 The Army is looking into potentially making a change to the size of its infantry units.

Brig. Gen. David Hodne, commandant of the U.S. Army Infantry School, confirmed in a statement that the service is “conducting a study … but this might not result in a change to the current 9-soldier rifle squad.”

The news of the study was first reported by Army Times.

The Army has studied the size of the rifle squad “through the decades,” and that this study is “overdue,” Hodne said in his statement.

The study is meant to help Army officials evaluate the ideal size of a squad when employing “next-generation” capabilities that the Army has been driving towards, like the Integrated Visual Augmentation System (IVAS) or the Next Generation Squad Weapon (NGSW) systems currently in development.

“This study intends to determine the optimal size of the Infantry Squad considering the integration of new and next-generation capabilities (NGSW, IVAS, etc),” Hodne said.

“However, even if experimentation indicates an 11 Soldier Squad is optimal, this might not result in adjusting the size of the Squad given several factors (force structure constraints, personnel costs, and even vehicle design limitations).”

Hodne added that initial results of the study show that reducing the size of the squad to less than nine soldiers “is not a good idea” and reductions “will not be recommended.”

The Army isn’t the first service to consider something like this. As Army Times points out, the Marine Corps has also slightly increased the size of its infantry squads in recent years.

The Army’s study is being carried out by the Soldier Lethality Cross Functional Team, of which Hodne is the director, and the Maneuver Capabilities Development and Integration Directorate at Fort Benning.