Though the Army's new budget is slightly smaller than last year's, the $178 billion ask is still zeroed in on... 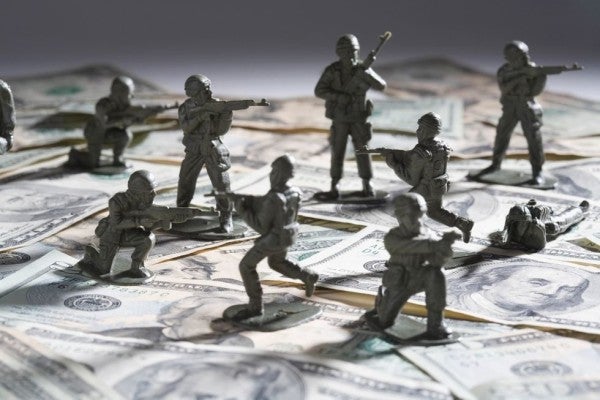 Though the Army's new budget is slightly smaller than last year's, the $178 billion ask is still zeroed in on modernizing the force — including a pay raise, extending training for some soldiers, and finally fielding some of its newest technology.

On the people front, the service is working to even out its numbers after ending FY2019 with more troops in the regular Army than originally planned. Now, the service has adjusted its FY2020 end goal to 485,000 soldiers in the regular Army, up from 480,000 — and it's looking to bring in just 1,000 soldiers in FY2021. Soldiers could also see a 3% basic pay increase, as well as a 2.9% increase in basic allowance for housing (BAH).

Of the thousand soldiers being brought in, the budget document says, 100 will be transferred to the U.S. Space Force. The documents don't specify when that transfer would take place, but Congress was told the Army and Navy wouldn't be transferring personnel into the newest service until 2022.

Last month, Gen. James McConville, Army Chief of Staff, told reporters that they were “way ahead” on recruitment this year compared to last year, and that he was confident they would “absolutely” meet the end-strength goal.

Lisa Ferguson, Army Recruiting Command spokeswoman, told Task & Purpose that the service is “currently about 1,600 contracts ahead of where we were at this point last year,” though she couldn't specify how many spots had been filled this year so far because they “don't normally report specific numbers on a month-to-month time table.”

As far as new technology goes, the Army is getting ready to field two of its new systems: the automatic rifle and carbine variants of the Next Generation Squad Weapon (NGSW), and the Integrated Visual Augmentation System (IVAS).

The service is asking for $906 million with the goal of producing 40,219 IVAS goggles, the latest and greatest heads-up display being developed through Army Futures Command with Microsoft, which is expected to start being fielded near the end of FY2021.

The Army is doubling the total amount it asked for last year for the NGSW. Last year, the service chose three contractors to continue developing prototypes, requesting just over $51 million for research and development of the new weapons — now, the Army is asking for around $111 million to continue development and testing, and eventually select the final vendor for soldiers to have the new weapons in their hands by 2023.

Also included in the budget is a cut of $724 million in military construction. According to the budget documents, the biggest cuts come from the funds to replace aging facilities, and barracks construction. Army Maj. Gen. Paul Chamberlain, Deputy Assistant Secretary of the Army for the Army budget, told reporters on Monday that the reduction in funds was a result of “the percent that was complete in planning and design,” and that it “was not at a level that would indicate the need for funding in FY21.”

Within the Army's Overseas Contingency Operations (OCO) fund, the service has cut the Counter-ISIS Train and Equip fund by $350 million. Chamberlain said that could change as the condition on the ground evolves.

“The reduction is really based upon what is going on on the ground, so that could change again,” Chamberlain said. “But right now with what we know, that … funding is sufficient to meet the requirements.”