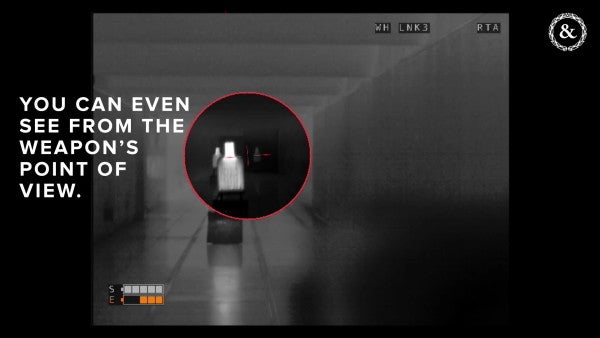 Soldiers with the 1st Infantry Division are just days away from becoming the first to get their hands on the most advanced night vision goggles the Army has fielded yet.

The nascent AFC has been hyping the ENVG-B since the command's inception last year; in April, AFC deputy commander Lt. Gen. James Richardson told the Senate Armed Services Committee the system was “better than anything I've experienced in my Army career.”

But enlisted soldiers haven't necessarily been as gung-ho over the new gear. Sgt. 1st Class Will Roth, who worked on the ENVG-B after joining the SL CFT in October 2018, said in the press release that he was “skeptical” the first time he saw the new goggles.

“I couldn't envision a time when soldiers would accept this product and trust it in the field,” Roth said.

But apparently, Roth changed his mind after actually seeing the goggles in action. Thanks to an integration with the Family of Weapon Sights-Individual, soldiers equipped with the ENVG-B can effectively lie flat on their backs and drop targets while firing over their shoulders, a capability Roth told reporters this summer he got to see first-hand.

“He hit five out of seven. It gave me chill bumps,” Roth said in the press release. “I decided this was an insane game changer.”

The ENVG-Bs are the most advanced goggles that the Army will have in the field, as AFC continues working on the Integrated Visual Augmentation System (IVAS) which will be fielded in 2021.

“The idea is to minimize exposure of the soldiers, and maximize the effectiveness of your targeting,” Program Executive Office-Soldier commander, Brig. Gen. Anthony Potts, said in July.