“Soldiers hit fewer targets and engaged targets more slowly with IVAS 1.0 than with their current equipment on the buddy team live fire range." 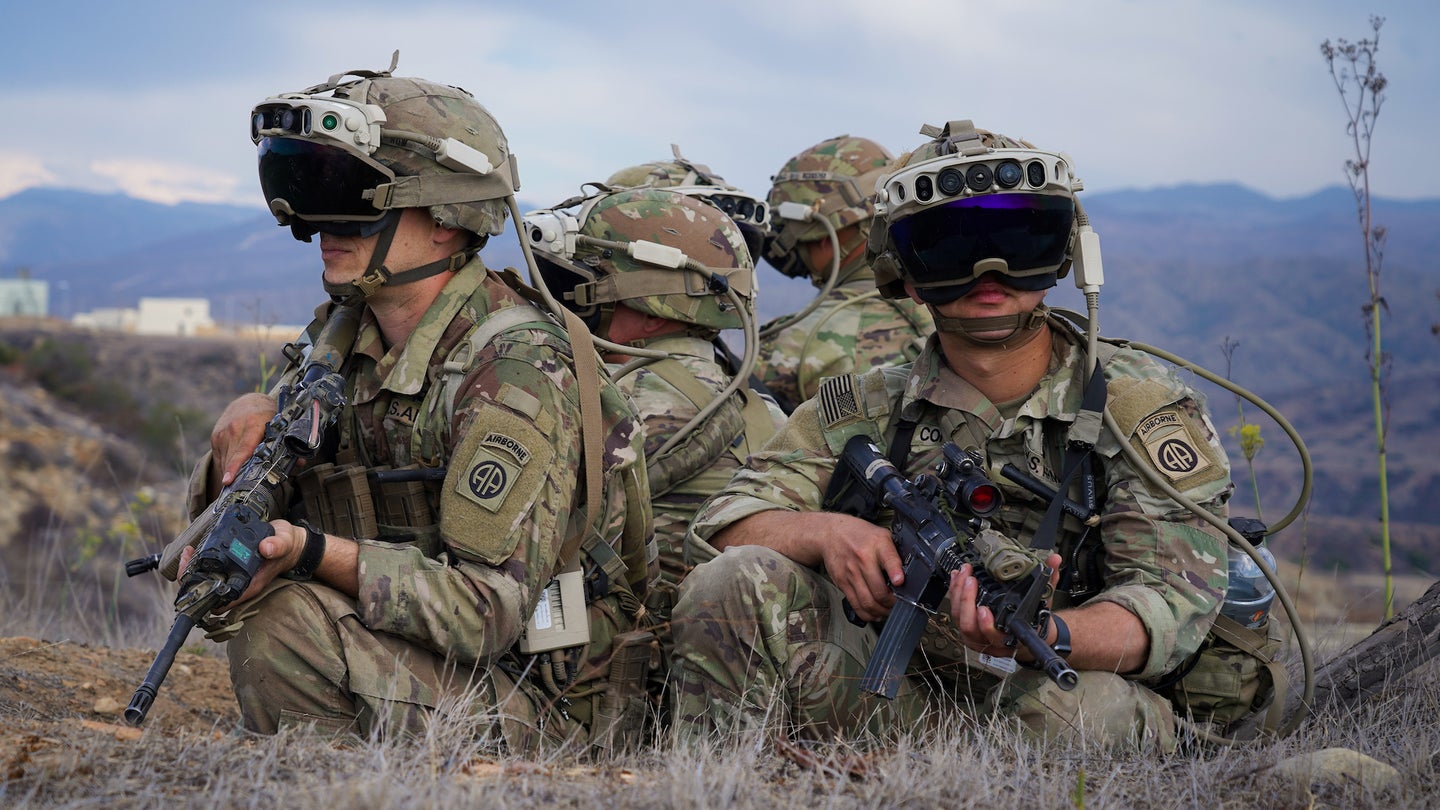 The Army wanted its new futuristic do-it-all goggles to make soldiers more lethal by improving their communications, situational awareness, and marksmanship capabilities, all in one high-tech package. But a new assessment from the Defense Department’s top weapons tester suggests that the cumbersome new system is actually making soldiers worse at their jobs — and soldiers absolutely hate it.

The Integrated Visual Augmentation System (IVAS) 1.0 was subjected to an operational demonstration during May and June of last year “to support a production and rapid fielding decision,” according to the Pentagon’s Directors of Operational Testing & Evaluation’s (DOT&E) fiscal year 2022 assessment of DoD weapons systems.

The results of the demonstration weren’t pretty. Not only did the system not “demonstrate improvements” to deficiencies identified during previous hands-on testing from active-duty soldiers, but the infantry company that tested the system “was more successful accomplishing their operational missions with their current equipment than with IVAS 1.0,” according to the DOT&E assessment.

“Soldiers hit fewer targets and engaged targets more slowly with IVAS 1.0 than with their current equipment on the buddy team live fire range,” the assessment says.

A ruggedized version of Microsoft’s Hololens 2 headset, the IVAS is intended to “[integrate] next-generation 24/7 situational awareness tools and high-resolution simulations to deliver a single platform that improves soldier sensing, decision making, target acquisition, and target engagement,” according to the Army.

There are two distinct reasons for this detailed in the DOT&E report. First, a “majority” of soldiers who participated in the operational demonstration “reported at least one symptom of physical impairment to include disorientation, dizziness, eyestrain, headaches, motion sickness and nausea, neck strain and tunnel vision.” These issues were first reported by Bloomberg back in October.

The Army knows that IVAS 1.0 is something of a lemon. Indeed, as Task & Purpose previously reported, the service awarded a “task order” to Microsoft in mid-December to develop a new variant of the system known as IVAS 1.2 that will include a new form factor designed to address the “physiological impacts identified during testing,” the service announced in January.

According to Breaking Defense, the Army still plans on fielding the 5,000 IVAS 1.0 units it’s currently procuring from Microsoft at $46,000 a pop to training units and Army Recruiting command for a total price tag of $230 million.

In the meantime, the service and Microsoft will start work on an IVAS 1.1 system that will “maintain the current helmet-like display but add in an improved low-light sensor to aid maneuver and positive target identification,” according to Breaking Defense, with those units headed to non-light infantry units sometime by 2024.

Until the 1.1 and 1.2 IVAS variants prove effective, the Army is hedging its bets. As Defense Daily reported in December, the fiscal year 2023 National Defense Authorization Act included a $360 million cut to the Army’s planned IVAS buy, restoring $300 million for ENVG-B procurement instead.