“The Army decided to shift the IVAS ... fielding to a date later in FY22." 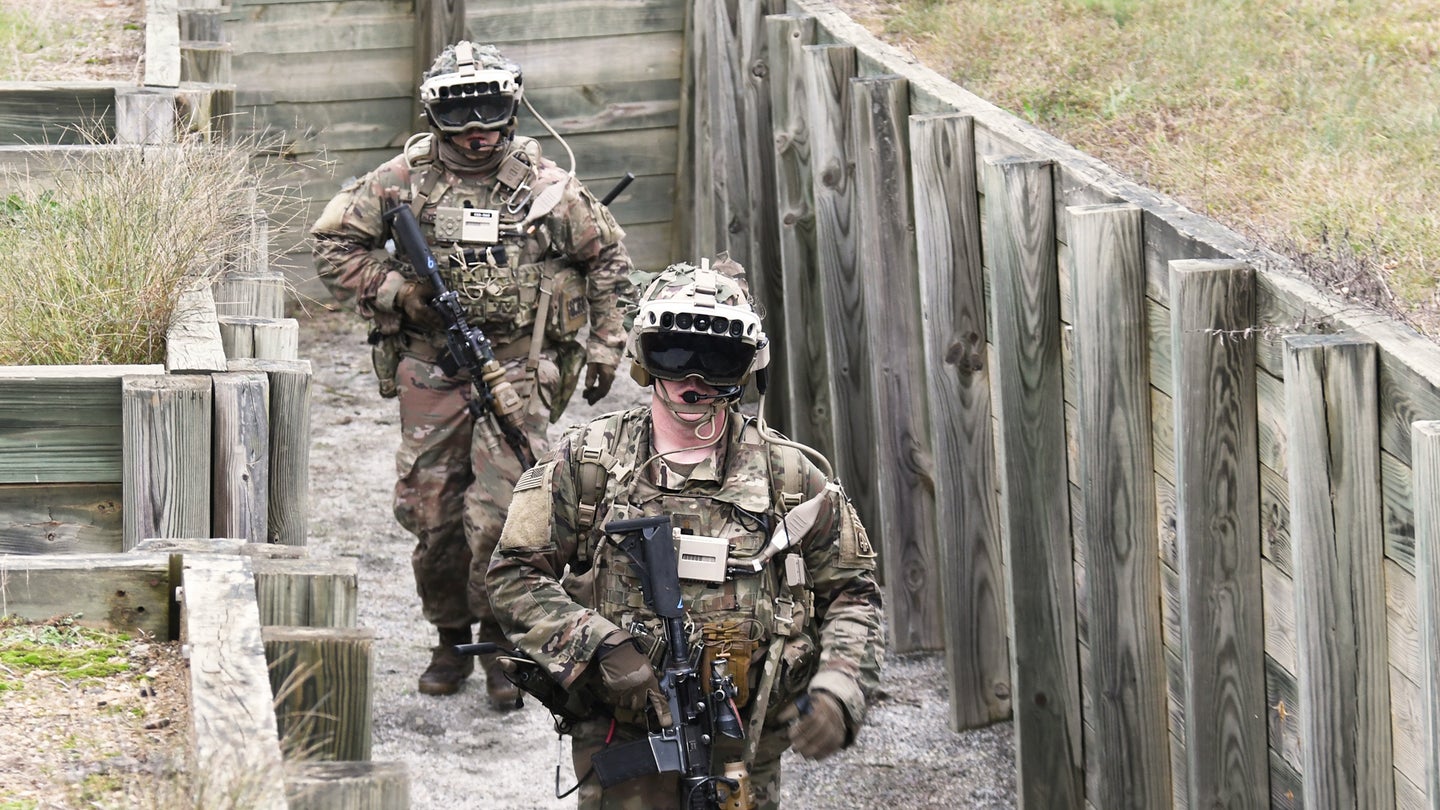 It appears soldiers will have to wait a few more months before getting issued the Army’s new heads-up display.

The Army has delayed its scheduled fielding date for the Integrated Visual Augmentation System (IVAS), the game-changing goggles Microsoft developed for the service based on the company’s HoloLens technology.

While the futuristic goggles were expected to be fielded to soldiers this year, the Army office charged with overseeing the project, Program Executive Office (PEO) Soldier, announced on Thursday that the first unit would not be equipped with them until next September.

A delay in the IVAS timeline was first reported by Janes on Wednesday.

“The Army decided to shift the IVAS Operational Test and fielding to a date later in FY22,” reads the press release from PEO Soldier. “The Army is fully committed to its partnership with Microsoft to advance specific technologies to meet operational requirements and maximize warfighter impact.”

The Army awarded Microsoft a 10-year contract in April for the production and rapid fielding of the IVAS, which has been a hugely anticipated element of the Army’s recent modernization push.

The goggles are primarily designed to help soldiers see through smoke and almost complete darkness, provide a three-dimensional map of the battlefield and rapid target acquisition, and even translate foreign languages. At Fort Benning, Georgia, last year, the IVAS was used to “rapidly assess” incoming soldiers’ temperatures amid the novel coronavirus (COVID-19) pandemic. The digital thermal sensors helped take the temperatures of recruits arriving at Fort Benning for basic training.

The IVAS can also drastically improve situational awareness by syncing up with vehicle sensors  to give soldiers inside the vehicle a view of what’s waiting for them on the outside.

Soldiers with IVAS will be able to “‘see through’ the vehicle to what its external sensors are feeding into the individual” goggles, a press release in February said.

“This changes how we operate honestly,” Sgt. Philip Bartel, one of the soldiers who tested the system at Joint Base Lewis-McCord, Washington, said in the February release. “Now guys aren’t hanging out of vehicles in dangerous situations trying to get views on what’s going on. Leadership will be able to maneuver their elements and get view-on-target without having to leave the safety of their armored vehicles. Maneuvering elements with that kind of information will minimize casualties and will overall drastically change how we operate and increase our effectiveness on the battlefield.”

The Army has been conducting soldier-centered testing of the IVAS for months, tweaking things here and there based on soldier feedback. The PEO Soldier release on Thursday said the service most recently conducted an Adversarial Electronic Warfare and Cybersecurity Test last month, and will continue testing the technology through the next year.

“It’s definitely technology that we are really excited to use as soon as they can get it to us.”

Want to write for Task & Purpose? Learn more here and be sure to check out more great stories on our homepage.d