Army Explosive Ordnance Disposal (EOD) technicians may be overworked and understaffed, but at least they're getting a brand new robot best friend to help them avoid accidental detonation 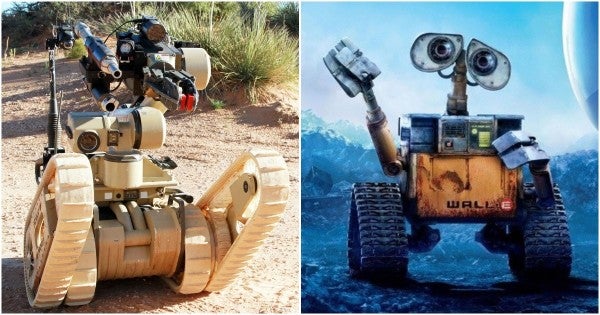 Army Explosive Ordnance Disposal (EOD) technicians may be
overworked and understaffed, but at least they're getting a brand new robot best friend to help them avoid accidental detonation.

Weighing just under a half-ton when fully loaded, the cyber-hardened robot system can travel at speeds of up to 6 mph and lift loads of up to 275 pounds with its manipulator arm for seven hours at a time.

Translation: the Army was able to whip up this bad boy more rapidly than other acquisition projects and with increased feedback from the soldiers who will actually operate the thing downrange.

“We develop equipment for Soldiers to use in demanding situations, and there is no substitute for their perspective in operating the system – their input is of utmost value,” Maj. James Alfaro, chief EOD capability developer at the Army's Sustainment Capability Development and Integration Directorate at Fort Leonard Wood in Missouri, said in an Army
release.

This is obviously important and all, but how do the Army announcement somehow overlook the fact that “Chris-H” looks like someone built the lovable “WALL-E” robot from Pixar's titular cry fest and fed it Rip-Its and dip for a year?

We salute you, FLIR Systems: you built a robot that looks like WALL-E
if he'd spent months at the gym lifting and doing lines of creatine powder. That's not just a difficult task; that's a feat of human ingenuity that will go down in history.

Now go build a robot that looks like
one of those dumb battle droids from the first Star Wars prequel for our new robot son to destroy.