The Ripsaw is here and ready to rock. 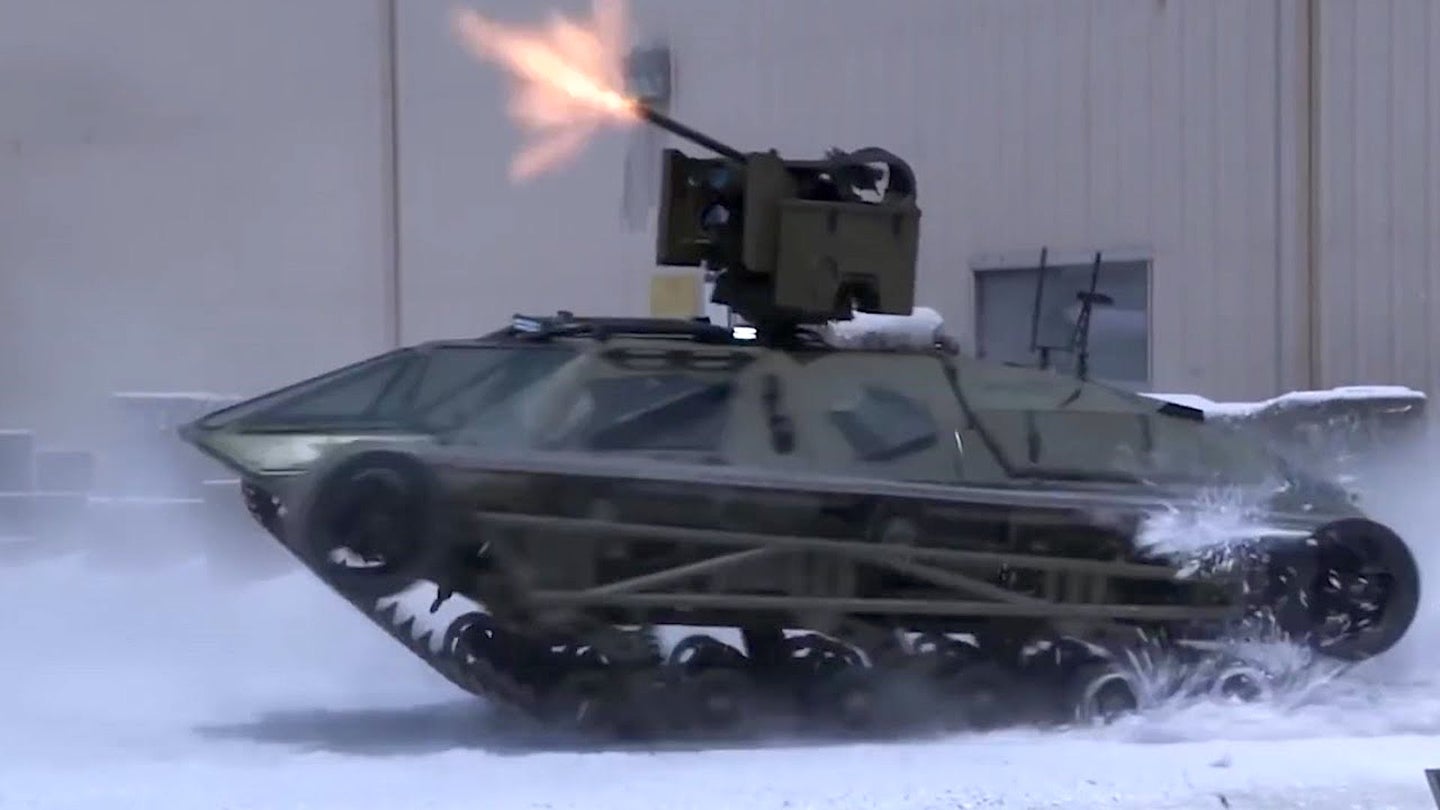 The Ripsaw in 'Fate of the Furious'. (Universal Pictures)
SHARE

The Army is putting one of its future unmanned ground vehicles through its paces, according to new photos published by the service.

Built by a partnership between Textron Systems and Howe & Howe, the Army is currently considering the Ripsaw as part of the Robotic Combat Vehicle-Medium program that’s nestled under the service’s Next Generation Combat Vehicle Cross-Functional Team.

The Army took receipt of its four RCV-M prototypes earlier this year with plans to put all the vehicles through individual shakedown testing through September, as Defense News previously reported. The service is currently asking Congress for $84.5 million as part of its fiscal year 2022 budget to continue development across the service’s RCV portfolio and “to help prepare for a soldier experiment,” according to Jane’s.

“Prototyping and experimentation efforts will inform new ways to fight, identify system limitations and benefits, mature key technologies, and reduce technical risk,” according to budget justification documents. “The RCV program will provide an analytically backed basis for future RCV requirements documents that will drive and inform RCV programs of record.”

First unveiled at the Association of the U.S. Army expo in Washington, D.C. back in 2019, the 10-ton diesel-electric Ripsaw has a top speed of 25 miles per hour and comes outfitted with a Kongsberg Defence Systems Protector turret that can be outfitted with a remote-operated 30mm cannon and a 7.62mm coaxial machine gun, according to Army Recognition.

According to the Congressional Research Service, the service’s fiscal year 2022 plans call for integrating “a variety of RCV modules” on RCV-M prototypes, including “the Common Remotely Operated Weapon Station (CROWS) with a Javelin anti-tank missile.”

“Other modules to be integrated are the XM813 Bushmaster chain gun, as well as
smoke obscuration measures, amphibious kits, electronic warfare (EW) modules, counter Unmanned Aerial System,” according to the CRS report.

One of the most interesting features of the Ripsaw is its ability to deploy other drones — namely those developed by FLIR Systems — that can deliver 360-degree situational awareness through high-quality video feeds of the battlespace.

“The battlefield is filled with really awful places where humans do tasks today they shouldn’t have to,” NGCV-CFT director Brig. Gen. Ross Coffman previously explained. “But today, with the way our technology has advanced, our robotic vehicles can move forward of a manned force to see what’s out there, detect chemicals, put direct fire on the enemy, determine whether or not there’s an obstacle, and then team with humans to determine the best course of action.”

But the most intriguing element of the Ripsaw testing isn’t necessarily its configuration, but its cinematic pedigree: As our colleagues at The War Zone have previously noted, stripped-down versions of the Ripsaw have appeared in a variety of action movies in recent years, from the god-awful G.I. Joe: Retaliation to the excellent Fast and Furious 8: Fate of the Furious.