The Army wants robots to help soldiers map underground tunnels, and it wants them ASAP 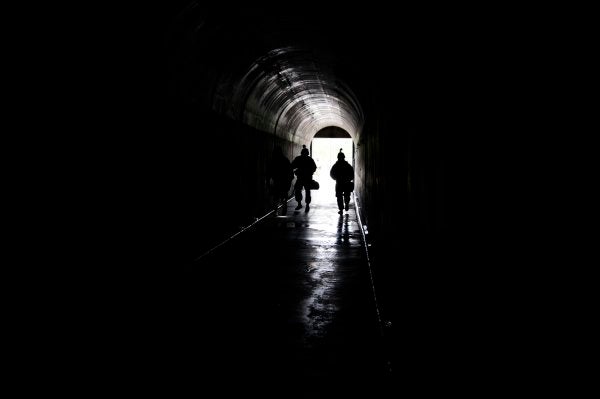 The Army is looking for drone or robot technology that would allow soldiers map out tunnels to up its subterranean warfare capabilities — and it wants it now.

In a Request for Information (RFI) published by the Army's Rapid Equipping Force (REF) on April 15 and first reported by Army Times. the Army challenged the defense industry to send in documentation for products at the model or prototype level of development within the next 30 days.

The ideal tunnel mapping system will “be able to operate in GPS denied environment” and produce a 2D or 3D map, according to the RFI. It should be “rapidly deployable, easy and safe to operate … highly reliable and self-contained.” It should be able to be mounted on an unmanned ground or aerial vehicle, or be carried by soldiers.

This ask comes as the Army recently poured millions into training and preparing for subterranean warfare. As Military Times — who got a first-hand look at the Army's preparation for underground battle — points out, “inor nods to underground training” at Army and Marine Corps training centers is not new, but “erious manning, equipping, funding and training across the force has been lacking.”

In a February interview with Military Times, retired Army Maj. John Spencer detailed number of wishlist items he'd like to see used in an underground fight, including ground-penetrating radar, foam grenades, and a “guardian robot dog” that performs the same functions as loitering UAVs do above ground.

And it's not just the Army — the Marine Corps and Air Force are tacking the challenges subterranean warfare pose as well. Recently, the Defense Advanced Research Projects Agency (DARPA), which launched a Subterranean Challenge, which aims to “explore new approaches to rapidly map, navigate, search and exploit complex underground environments,” and “ensure that our warfighters and first responders are equipped with the technologies and capabilities they need.”

The development of technologies for subterranean environments will also benefit the civilian world, according to Dr. Ethan Stump of the Army's Combat Capabilities Development Command's Army Research Laboratory.

“Subterranean environments are a fantastic domain for trying to understand the extreme limits of what can be done with autonomy,” Stump said. “[I]t is important to understand exactly what parts of a complex mission you need human input for and what parts can be safely and reliably delegated to autonomy. This understanding has implications for many military and civilian applications, such as interplanetary science and underwater exploration.”

SEE ALSO: Inside The Tunnels ISIS Uses To Launch Sneak Attacks In Raqqa

WATCH NEXT: Underground Training With The Army Corps Of Engineers