South Korea wants to build robot birds, snakes, and other animal-inspired ‘biobots’ within the next 5 years

South Korea's Defense Acquisition Program Administration (DAPA) is actively pursuing the development of "biomimetic" robot systems designed to mirror the natural movements of animals and insect, with plans to field these "biobots" as early as 2024 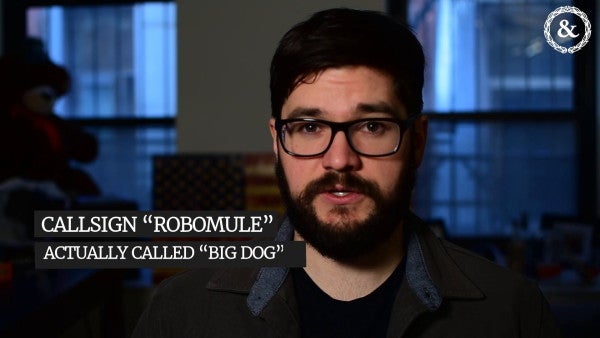 If you thought that viral video of a dog-like robot opening doors was a bit to creepy for your liking, then fasten your fucking seatbelt: the South Korean military is getting serious about deploying mechanical birds, snakes, and other animal-inspired military robots downrange in the next five years, which sounds like a Transformers-inspired fever dream turned real.

South Korea's Yonhap News Agency reports that the government's Defense Acquisition Program Administration (DAPA) is actively pursuing the development of “biomimetic” robot systems designed to mirror the natural movements of animals and insects, with plans to field these “biobots” as early as 2024.

South Korea plans on producing biomimetic military robots based on the behavior of “humans and insects” in the next five years, DAPA told Yonhap, with robots that replicate the movements of “birds, snakes and other marine species” to join their fellow biobots in arsenals nationwide.

“Biometric robots will be a game changer in future warfare, and related technologies are expected to bring about great ripple effects throughout the defense industry,” DAPA spokesman Park Jeong-eun told Yonhap on Sunday.

Applying the behaviors of animals to military robot design isn't new: As recently as 2017, the U.S. Army was hunting for so-called Adaptive Biomimetic Aircraft Structures (ABAS) for aircraft that could effectively transform mid-flight in order to enable “real-time, on-the-fly adaptation to configurations optimized for different flight conditions or missions, enhancing capability via gains in speed, range, and payload,” according to the solicitation.

Let's be real, though: Transformers started out as a relatively innocuous Hasbro toy line (and infinitely badass 80s animated space opera), these military-grade murderbots are less likely to resemble Beast Wars than the modern-day manifestations of transforming robot animals dreamed up by Michael Bay — which are totally fucking horrifying.

Don't worry, though: Murderbots are a long ways off! According to The Telegraph, ” bird-like androids or swimming robots will be deployed to carry out reconnaissance operations, miniature mechanical flying devices will be able to provide information on the actions of an enemy force and robots that can move like a snake will be able to access constricted spaces.”