Secretary of State Mike Pompeo is expected to make an announcement on Monday detailing the decision. 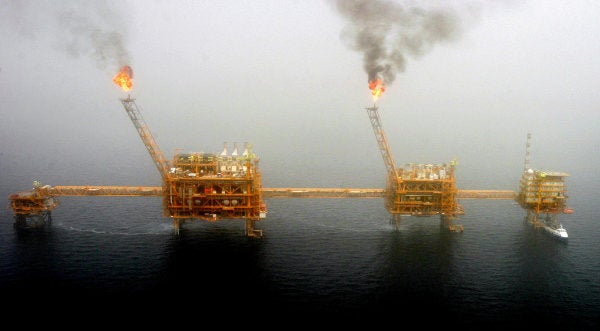 Secretary of State Mike Pompeo is expected to make an announcement on Monday detailing the decision.

“The United States, Saudi Arabia and the United Arab Emirates … along with our friends and allies, are committed to ensuring that global oil markets remain adequately supplied,” the White House said.

Oil prices spiked after Sunday reports that the waivers would end and remained higher on Monday. International benchmark Brent rose 2.6 percent to $73.87 a barrel after earlier touching $74.31, highest since early November. U.S. crude futures gained 2.4 percent, or $1.52 a barrel, to $65.52.

It earlier touched a high of $65.87, a level not seen since late October.

The United States reimposed sanctions in November on exports of Iranian oil after Trump unilaterally pulled out of a 2015 nuclear accord between Iran and six world powers. Washington is pressuring Iran to curtail its nuclear program and stop backing militant proxies across the Middle East.

Along with sanctions, Washington granted waivers to eight economies that had reduced their purchases of Iranian oil, allowing them to continue buying it without incurring sanctions for six more months. They were China, India, Japan, South Korea, Taiwan, Turkey, Italy and Greece.