4 Issues To Watch In Trump’s Escalating Confrontation With Iran

An immigration ban, missile launches, new sanctions, hostile rhetoric — in the space of just over a week relations between... 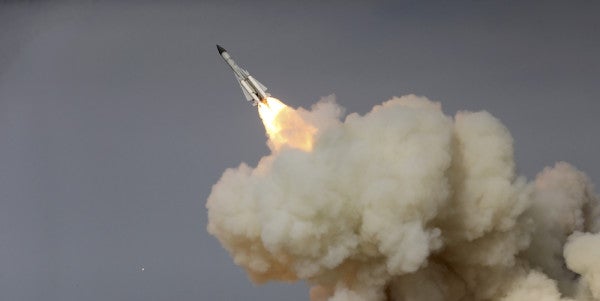 An immigration ban, missile launches, new sanctions, hostile rhetoric — in the space of just over a week relations between the U.S. and Iran have reverted to the diplomatic and military threats of the not-so-distant past. The 2015 nuclear deal that removed most sanctions on the Islamic Republic and cracked open a largely untapped market of 80 million people to investors hasn’t been sunk — but it’s facing headwinds. Here are four key issues to watch.

The new U.S. sanctions announced by the Trump administration don’t target Iran’s oil production or exports, and crude prices closed flat on the day they were implemented. Further measures could hinder Iran’s plans to expand production with the help of foreign investment, but a major escalation — and direct targeting of the oil industry — would be needed to have an immediate impact on supply.

Iran’s oil exports have more than doubled since nuclear-related sanctions were lifted in January 2016. In an extreme case, a resumption of the European Union’s embargo on Iranian oil and sanctions on shipping insurers could remove more than 1 million barrels per day from global markets.

U.S officials have said a Boeing Co. deal, valued at $16.6 billion, to sell 80 aircraft to Iran, will not be affected by the fresh penalties. On Friday, Boeing said the company’s license to sell jets to Iran was still in place though it would continue to “assess the situation” and “act accordingly” if the Treasury changes its guidance. The deal reopened a market where Boeing hasn’t delivered a plane since 1977 — two years before a revolution roiled Iran and set off four decades of tension with the U.S. Iran said Sunday it foresaw no “issues” regarding its agreements with both Boeing and Airbus Group SE despite rising tensions and political sloganeering.

Iran says it needs between $30 billion and $50 billion of foreign investment a year to rebuild its economy. That was already looking like a pretty hopeless expectation before the current dive in relations with Washington, as remaining non-nuclear sanctions linked to issues such as terrorism links deterred foreign players, especially banks. Sentiment may slump further, according to Capital Economics.

“Some of the planned investment in the country will probably be postponed,” it said last week. Or may never happen. Iran’s Central Bank expects the economy to grow by 7 percent in the year to March but much of the recovery has been driven by oil exports. One bright spot: The bulk of Iran’s post-deal FDI has come from Europe and Asia, where nations including Germany, France and China — all signatories to the nuclear deal — remain supportive of closer trade ties.

Who Will Be President?

President Hassan Rouhani’s greatest achievement now risks becoming a liability just months before he’s likely to seek re-election. It was Rouhani who broke Iran out of its isolation in 2013, subsequently securing the nuclear deal. While the accord is yet to really deliver — leading to growing pessimism in Iran — he could at least point to its promise as he sought to fend off criticism from politicians opposed to his outreach to the West.

The confrontation with an old foe makes that harder ahead of voting in May. “It will feed into the rhetoric of the hardliners who from the beginning said the U.S. cannot be trusted,” said Davoud Hermidas-Bavand, a professor of international law at Tehran’s Allameh Tabatabai University. Rouhani would “prefer to be measured” in tone, he said. While it’s not clear who he will face at the ballot, the president now has a difficult balancing act to perform.