An American service member died in a "non-combat incident" in Ninawa Province, Iraq on Saturday. 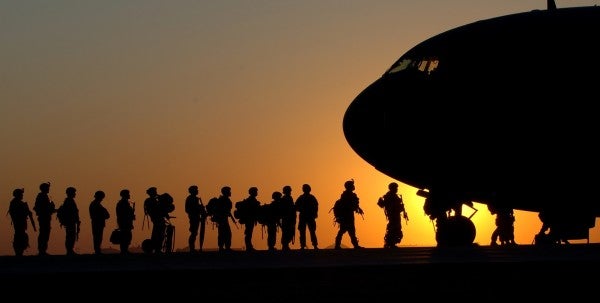 Today, an American service member died in a “non-combat incident” in Ninawa Province, Iraq according to a statement by Operation Inherent Resolve, the U.S.-led coalition fighting the Islamic State.

The statement did not identify the service member, or provide details of the incident, and said only that further information would be released “as appropriate” once next of kin have been notified.

Currently there are an estimated 5,200 American troops deployed to Iraq in support of operations against the Islamic State, according to a March 20 report by the Associated Press. In 2014, the Islamic State forces established a “caliphate” that ranged between both Iraq and Syria, after which U.S. forces — which had withdrawn from Iraq in 2011 — returned to support Iraq's military in its fight against ISIS.

WATCH NEXT: Gen. Petraeus Reflects On The Iraq War