"In emergency circumstances, CJTF-OIR and the government of Iraq have a process to ensure there would be no delays in transporting injured service members to medical facilities or to provide force protection for any coalition troops." 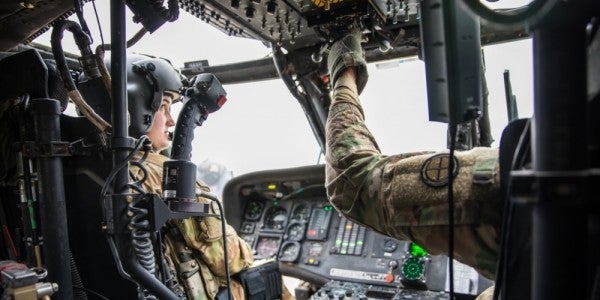 U.S. forces must now ask the Iraqi military for permission to fly in Iraqi airspace for certain missions. However, the U.S. military does not need Iraqi approval to fly close air support and casualty evacuation missions for U.S. troops in combat, a top spokesman for the U.S.-led coalition fighting ISIS said.

“In emergency circumstances, CJTF-OIR and the government of Iraq have a process to ensure there would be no delays in transporting injured service members to medical facilities or to provide force protection for any coalition troops,”said Army Col. James Rawlinson, a spokesman for Combined Joint Task Force-Operation Inherent Resolve. “For more routine flights, the Government of Iraq has visibility over all CJTF-OIR aviation missions, and we comply strictly with restricted airspace.”

Iraqi Prime Minister Adel Abdul-Mahdi reportedly ordered the new restrictions for Iraqi airspace following a recent explosion at an ammunition depot in Baghdad amid rumors that Israel had launched an airstrike against Iranian-backed militia fighters.

An Iraqi government spokesman could not be reached for comment on Monday.

The U.S.-led coalition announced on Friday that it had, “Immediately complied with all directions received from our Iraqi partners as they implemented the prime minister's order.”

Currently, about 5,200 U.S. troops are serving in Iraq as part of the mission against ISIS, which has become an insurgency.

“As guests within Iraq's sovereign borders, CJTF-OIR complies with all Iraqi laws and direction from the Government of Iraq,” the coalition's Friday statement says.

CLARIFICATION: This story was updated on Aug. 20 to clarify that the missions requiring Iraqi approval do not include close air support and casualty evacuation.