NATO is considering an increase to its training mission in Iraq to relieve the burden on the U.S.-led coalition against Islamic State, senior officials and diplomats said on Tuesday 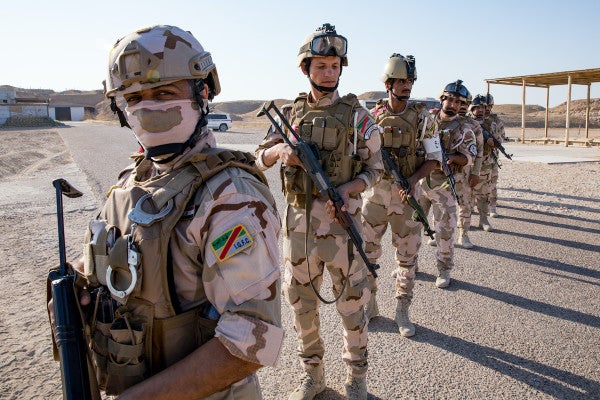 BRUSSELS (Reuters) – NATO is considering an increase to its training mission in Iraq to relieve the burden on the U.S.-led coalition against Islamic State, senior officials and diplomats said on Tuesday.

NATO and the coalition have non-combat “train-and-advise” missions which aim to develop Iraqi security forces but both are suspended over fears for regional stability after a U.S. drone strike killed a top Iranian commander in Baghdad on Jan. 3.

After the killing, U.S. President Donald Trump called on NATO — founded in 1949 to contain a military threat from the Soviet Union — to do more in the Middle East but he has not specified publicly what that might entail.

“We are discussing what more NATO can do,” he told reporters, adding that the alliance would first seek to restart the training with the Iraqi government's blessing.

U.S. Ambassador to NATO Kay Bailey Hutchison said the alliance was also seeking military advice, both from NATO and Iraq, on how to increase the mission, but gave no details.

“I think it will definitely be the answer to what President Trump has requested,” she said.

Number of trainers set to rise

Established in Baghdad in October 2018, the NATO training mission in Iraq numbers some 500 personnel. It does not deploy alongside Iraqi forces during their operations.

Two allied diplomats told Reuters the number of NATO trainers in Iraq could rise to as much as 2,000, but it would not be a net increase of Western troops in Iraq because the U.S.-led coalition would simply re-assign trainers.

While symbolic, the coalition is outside NATO structures. Putting more personnel under a NATO flag would solidify training in Iraq and could make it more long-term, also cementing NATO's presence in the region.

When Trump first raised increasing NATO's role in the Middle East in 2017, France and Germany resisted, worried that NATO would be caught up in another costly, Afghan-style deployment, anger Arab countries or risk confrontation with Russia in Syria.

But diplomats said Paris and Berlin were now open to an expanded NATO mission in Iraq because it was non-combat, held fewer risks, would not be under a U.S. general's command and would go some way to mollifying Trump, a sharp critic of NATO.