"Under emergency circumstances, the government of Iraq does not require individual permission for each incident," Army Col. Scott Rawlinson, of Combined Joint Task Force Operation Inherent Resolve, told Task & Purpose. "CJTF-OIR is authorized by the government of Iraq to provide emergency support to any coalition forces and Iraqi security forces in danger" 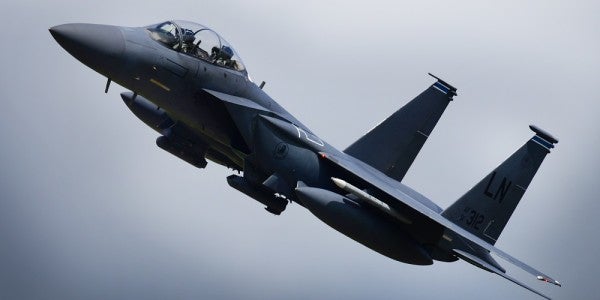 The U.S. military does not need Iraqi permission to fly close air support and casualty evacuation missions for U.S. troops in combat, a top spokesman for the U.S.-led coalition fighting ISIS clarified on Tuesday.

Army Col. James Rawlinson clarified that the Iraqis do not need to approve missions in emergency circumstances after Task & Purpose reported on Monday that the U.S. military needed permission to fly CAS missions for troops in a fight.

“A couple of examples of emergency circumstances include whether coalition or Iraqi service member is wounded and is at risk of loss of life, limb or eyesight; or whether troops are in contact and require close air support,” Rawlinson continued.

On Aug. 16, the U.S.-led coalition announced it would comply with Iraqi Prime Minister Adel Abdul-Mahdi's order to ask for the Iraqi military's permission to fly in Iraqi airspace under other circumstances.

That order came after a recent explosion at an ammunition dump in Baghdad controlled by Iranian-backed militia. Rumors have circulated that the explosion was caused by an Israeli airstrike.