The Pentagon is reportedly getting serious about electronic warfare 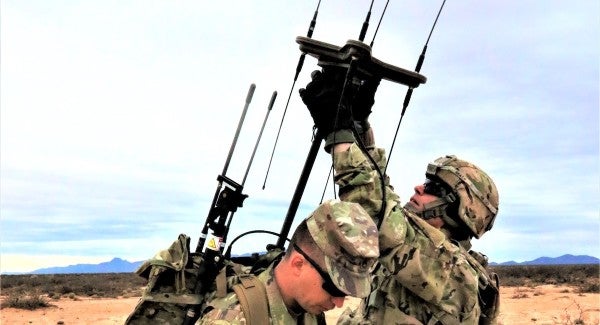 The Department of Defense is ramping up its focus on electronic warfare in response to the capabilities showcased by the Russian military in recent years, according to multiplereports.

The Pentagon reportedly plans on establishing a new task force to “regain U.S. dominance in the electromagnetic spectrum” after U.S. service members experienced Russian jamming tactics firsthand in Syria, according to documents obtained by Al-Monitor.

According to Al-Monitor, the new task force will produce an “updated electronic warfare strategy and roadmap”f for Congress under the guidance of Air Force Gen. Paul Selva, vice chairman of the Joint Chiefs of Staff and the nation's highest-ranking officer.

“These are well defined areas that we're behind our adversaries,” Faist, a former Air Force electronic warfare officer, said ahead of a May 29 industry day. “We have to catch up.”

Russia's aggressive expansion of its EW capabilities in conflict zones and the resurgence of “great power competition” as the Pentagon's central strategic focus have made bridging that EW capability gap a major priority.

After flexing its electronic warfare muscles during the annexation of Crimea following the 2014 Ukrainian revolution, the Russian military ramped up EW testing in war-torn Syria, disabling U.S. communications networks EC-130 aircraft in what then-U.S. Special Operations Command chief Gen. Raymond Thomas called “the most aggressive EW environment on the planet from our adversaries.”

Indeed, members of Special Purpose Marine Air-Ground Task Force-Crisis Response-Central Command got a taste of future warfare with Russia during a 2018 deployment to Syria, continuously training from an “electromagnetic perspective,” as Col. George Schreffler III said this past February.

Those capabilities are now shifting to the Arctic. In March 2019, the Norwegian government claimed it had proof that Russian forces actively disrupted GPS signals during Trident Juncture, the largest NATO war games since the end of the Cold War conducted around Northern Europe and the Arctic in late 2018. Those efforts, according to Norwegian government, actively disrupted both civilian and military air traffic and navigation.

And according to Russia military officials cited by the country's Izvestia newspaper, Moscow's Northern Fleet at the end of May established an EW “shield” along Russia's Arctic coast are capable of jamming satellite and drone communications, GPS signals, and other navigational system at ranges of up to 5,000 and 8,000 kilometers, depending on weather conditions.

As Breaking Defense notes, the DoD disbanded most of its electronic warfare asserts following the collapse of the Soviet Union and the end of the Cold War. And with Russia's capabilities expanding by the day, it'll be up to Pentagon leaders like Selva and Faist to rapidly develop systems to fight back.

“[Electronic warfare is] an area that we're behind our adversaries, we're not moving fast,” Faist “When we mentioned the idea of doing this there was just a groundswell of enthusiasm … because we've just lost so much capability.”

WATCH NEXT: The Marine Corps Bids Farewell To The Prowler