Russia has become so good at information warfare that American and allied military leaders are (rightfully) starting to freak out... 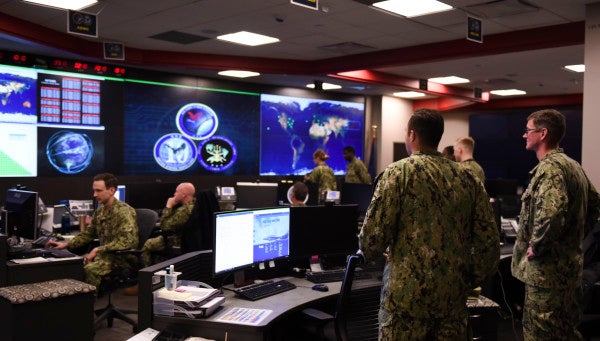 Russia has become so good at information warfare that American and allied military leaders are (rightfully) starting to freak out about it.

“The Russians are really good at this. Better than us,” UK Army Maj. Gen. Felix Gedney said at the AUSA Conference, according to Defense One. “We saw a very clever, assiduous information campaign aimed at discrediting the campaign of the coalition . And I would argue in many of our nation’s capitals, we didn’t realize we were being played.”

As was the case during the 2016 election, Russia is sometimes better at stoking division among ordinary Americans than your uncle at Thanksgiving dinner — through the coordinated use of bot networks, fake social media profiles, and production of misleading or partisan content that gets widely shared.

Moscow has also carried out similar campaigns in Ukraine, Georgia, and elsewhere. Its efforts at influence can shape perceptions, while also having surprising effects on the battlefield.

As Tom Ricks wrote about in his column earlier this year, Russia's military has carried out some eye-opening operations that combine information ops, cyber, and good old-fashioned targeting.

“The Russians are adept at identifying Ukrainian positions by their electrometric signatures,” Army Col. Liam Collins wrote in the August issue of Army Magazine.

Meanwhile in Syria, Russian military operations are sometimes being conducted for the sole reason of getting photos or videos that can later be used against their enemies, according to Gedney.

“This is not a battle that can be fought by public affairs writing lines to tape,” Gedney said. “It’s got to be be operationalized down into a genuine multi-domain battle.”

To be fair, the U.S. does carry out its own information and cyber operations. But as Army Cyber Command's Lt. Gen. Paul Nakasone testified earlier this year, most are being done at the tactical level.

Russia spends between $400 million and $500 million per year on foreign information efforts, while the U.S. spends about $20 million, according to a paper published by the Army War College, leaving Washington “far behind.”

It's a fact that most top leaders realize and can't really ignore. Marine Gen. Joe Dunford, chairman of the Joint Chiefs of Staff, listed information warfare among just two other capabilities where NATO “urgently” needs to modernize during an interview in January (the others were cyber and missile defense).

Put simply, Russia seems to be playing chess, while the U.S. is trying to figure out how to set up the board to play checkers.

The War College paper recommended a national counter information strategy and center, technological solutions to fight back against fake news, and the pursuit of international partnerships to go after things like Russia's “troll factories.”

But whether the threat is taken seriously at a national level remains to be seen. The State Department's Global Engagement Center — tasked with countering Russian disinformation — doesn't have a budget, hiring authority, or, it seems, much support from The White House.

“Because near-peer states such as Russia have demonstrated how much relatively small but well-coordinated capital investments can have disproportionate effects on an adversary, it is imperative the U.S. government rise to the occasion and utilize existing, often open-source tools and methodologies to tackle this threat,” asserted a recent article in AFCEA's Signal Magazine.