The Uran-9 unmanned ground vehicle, bristling with anti-tank missiles and all manner of high-caliber machine guns, was supposed to be... 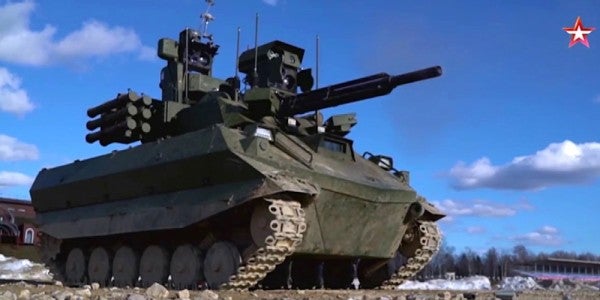 Frankly, theses issues are unsurprising. As military researcher Sam Bendett observed for the U.S. Army’s Training and Doctrine Command, a May testing video of the Uran-9 in action likely hinted at some of the issues that cropped up during the downrange tests in Syria. But more importantly, the Uran-9’s failures can still prove instrumental and instructive for other unmanned ground vehicles — like, say, the Kalashnikov-produced BAS-01G Soratnik, or what T&P; likes to call ‘Death Cab for Putin.’