The man "insisted it was just "scrap metal." 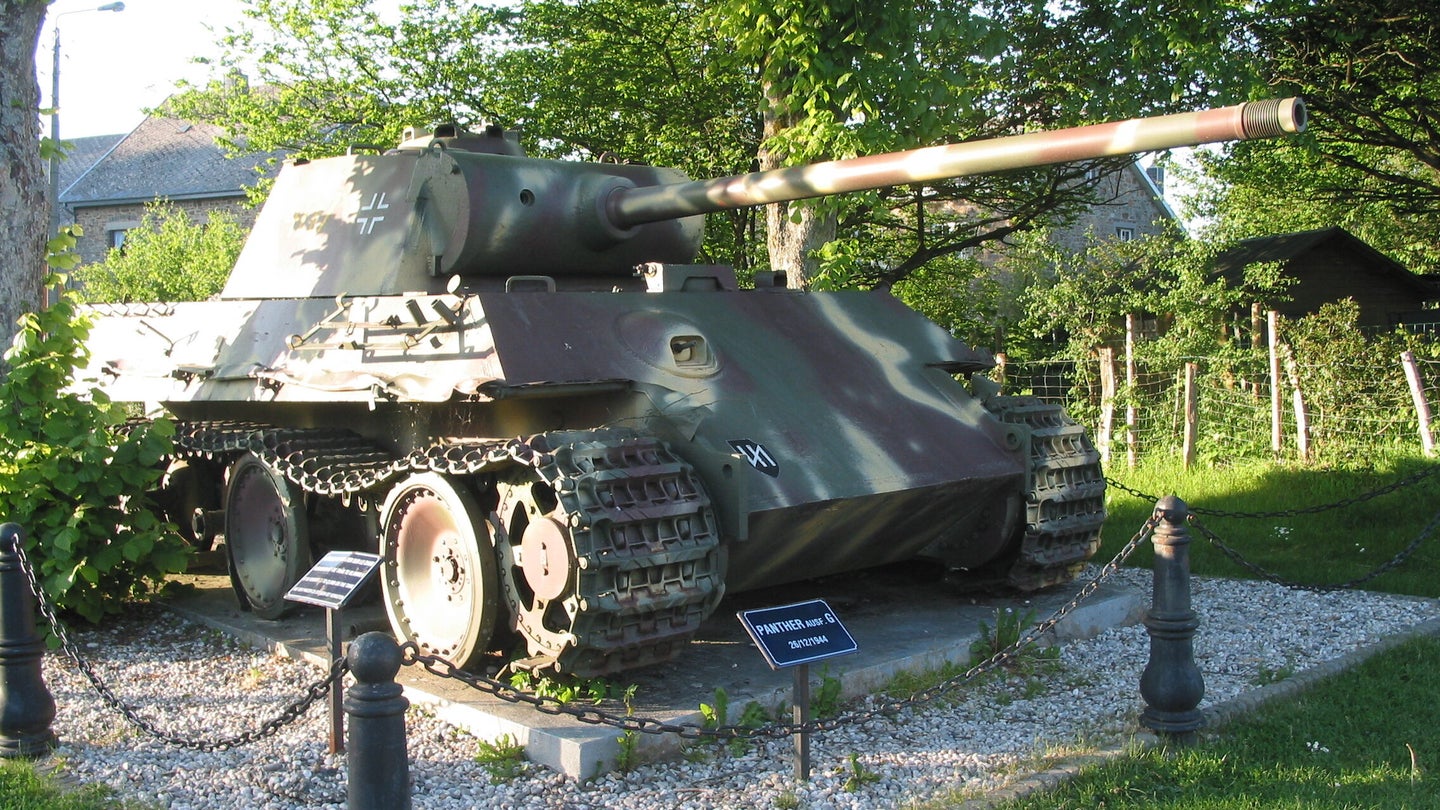 If there’s a piece of you, no matter how small, that is wondering if you can get away with hiding a World War II-era tank in your home, might we suggest that you don’t?

An 84-year-old man in Germany has been ordered to pay a fine of 250,000 euros — roughly $297,000 — after he was discovered to have an arsenal of World War II-era weapons in his cellar. The collection included a 40-ton Panther tank, dozens of rifles and machine guns, over 1,000 rounds of ammunition, a torpedo, mortar, and an 88mm anti-aircraft cannon, according to Germany’s DPA news agency.

The German Panther tank was introduced in 1943 and is believed to be one of the best German tanks in World War II. Likewise, the 88mm was a feared gun that was discovered to not only take out aircraft, but tanks as well, according to We Are The Mighty, and could hit targets from as far as nine miles away.

The shocking discovery of the arsenal came in July 2015, according to the BBC, after local authorities were “reportedly tipped off about the cellar’s contents by colleagues in Berlin, who had earlier searched the home for stolen Nazi art.”

Twenty soldiers were tasked with removing the tank from the man’s home, which took almost nine hours. The man is unnamed due to Germany’s strict privacy laws, according to Gizmodo.

While the weapons had been kept in his cellar, one of the man’s neighbors told local media that he’d “fired up the tank during the particularly bad winter of 1978-79 and helped plow his neighbors’ snow,” according to the Associated Press.

Earlier this year the court was working to determine if the man was in violation of the War Weapons Control Act, a German law that regulates the manufacturing, sale, and transport of weapons of war. The important question, according to German media outlet NDR, was if the tank and other weapons were “at least partially still operational or not.”

The man claimed he purchased the Panther tank in England “and insisted it was just ‘scrap metal,’” according to the Gizmodo report. His lawyers argued that none of the weapons were functional, and were “demilitarized historical-museum objects that do not meet the criteria of a weapon of war,” NDR reported.

A court spokesman said in May that it appeared three of the four items designated as war weapons — the torpedo, mortar, and tank — were “no longer usable as” weapons of war, and therefore not classified as such, according to NDR. The anti-aircraft cannon, however, could potentially still be usable.

The court ruled that the man was indeed in violation of the War Weapons Control Act, Gizmodo reports.

The man has two years to find a museum to take the tank and anti-aircraft cannon off his hands, and has been given a suspended sentence of 10 months. The BBC reported a museum in the U.S. expressed interest in the tank, while “a number of German collectors” have approached the man over the other weapons in his collection.

This isn’t the first time questions about owning a tank have come up, surprisingly; in 2017, a Texas attorney was fighting his homeowner’s association to be able to keep a World War II M4 Sherman tank parked in his neighborhood.

“This particular tank landed at Normandy. It liberated Paris and ultimately went all the way to Berlin,” Tony Buzbee told CBS-affiliate, KHOU. “There’s a lot of history here.”

Between having to pay hundreds of thousands of dollars, or wading into the hell that is arguing with your homeowner’s association, one thing is clear: It’s probably not worth it to keep a tank at your house.