Army to court-martial soldier charged over mysterious firefight in Syria

'Now we begin down the long road to real justice and the crucible of trial.' 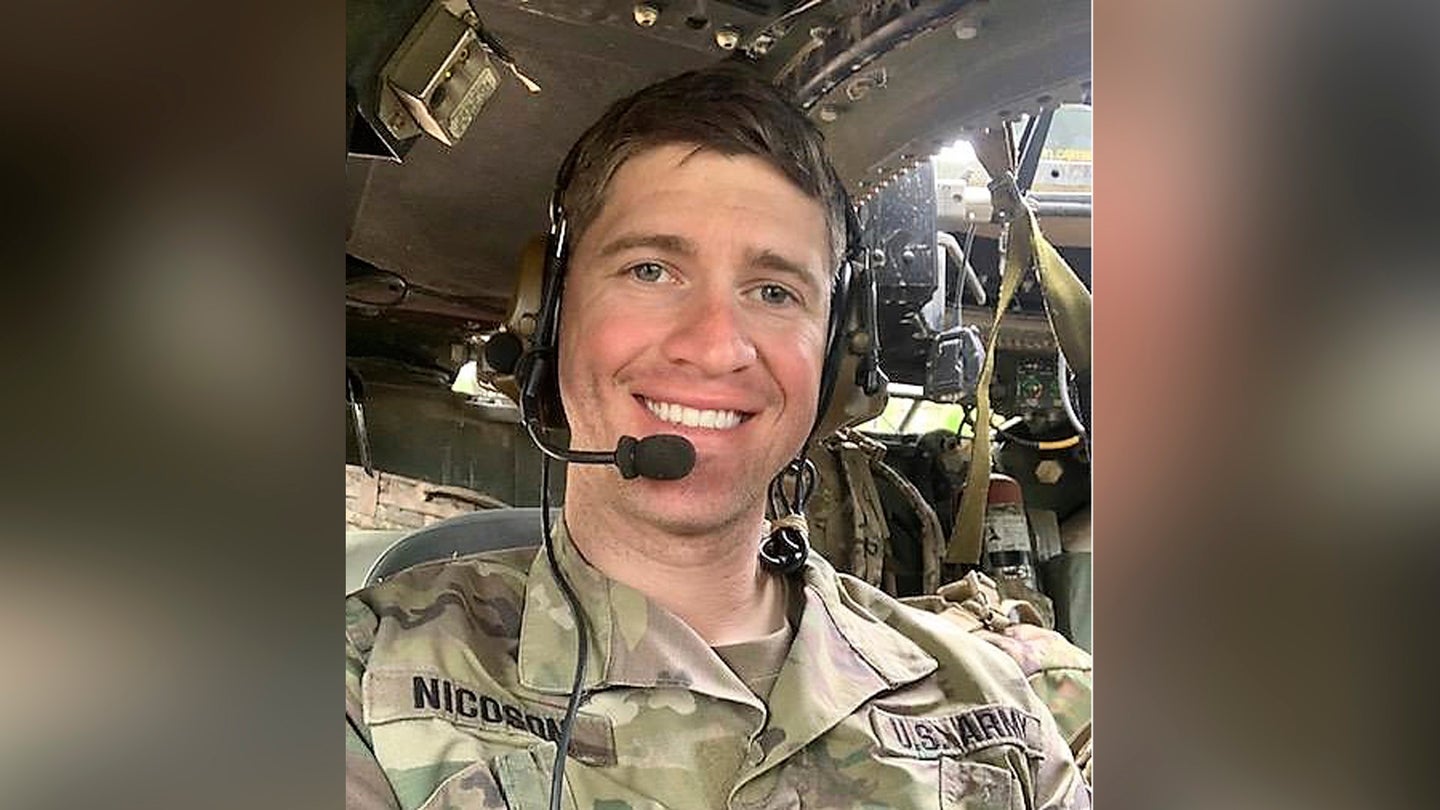 A soldier with the 82nd Airborne Division is heading to a court-martial in connection with a murky incident in Syria last summer in which U.S. troops and pro-regime forces exchanged gunfire.

Military officials have so far provided little information about the Aug. 17, 2020 incident in Tal Az-Zahab, Syria, that preceded charges against Nicoson, who was serving in the division’s Blackhorse Troop, 1st Squadron, 73rd Cavalry Regiment.

The U.S. military command in Iraq and Syria issued a brief statement at the time saying that American troops had encountered a checkpoint run by forces loyal to Syrian President Bashar al-Assad. The Syrian Observatory for Human Rights, a war monitoring group, and Syrian state-run media, said U.S. forces called in helicopter gunships during the 10-minute firefight, which killed one Syrian soldier and wounded two others.

“After receiving safe passage from the pro-regime forces, the patrol came under small arms fire from the individuals in the vicinity of the checkpoint,” an Aug. 17, 2020 statement from Operation Inherent Resolve says. “Coalition forces returned fire in self-defense. The Coalition did not conduct an airstrike. No casualties occurred. The Coalition patrol returned to base. The incident remains under investigation.”

So far, military officials have not said publicly what Nicoson did leading up to and during the encounter with pro-Syrian regime forces, nor has any official explained why Nicoson’s alleged actions may have violated the Uniform Code of Military Justice.

The charges stem from allegations that Nicoson put his soldiers in a “situation they shouldn’t have been in and made threats” toward regime soldiers, according to an Army Times report citing his attorney.

Nicoson’s charge sheet will not be publicly released until his arraignment, which is expected to take place in the next couple weeks, Lea said.

“It’s unfortunate, and frankly an injustice, that the charges were referred to a general court-martial in Rob’s case,” said Phillip Stackhouse, Nicoson’s civilian attorney. “The preliminary hearing officer pointed out the weakness in the investigation, the tainted witness statements, pointed out the problems facing the prosecution, and recommended some charges be dismissed – without the prosecutors calling one witness.”

“It’s not going to get any better for the prosecution,” Stackhouse continued. “All of that was apparently ignored by the commanding general. Instead, the commanding general followed the staff judge advocate advice that was completely devoid of any analysis. Now we begin down the long road to real justice and the crucible of trial.”

The mystery surrounding Nicoson’s role in the August 2020 incident has lasted since April, when Lt. Col. Mike Burns, who was a spokesman for the 82nd Airborne Division at the time, confirmed that Nicoson had been charged but was unable to provide any further information.

Then Nicoson’s Article 32 hearing on May 20 was recessed so that military officials could review information included in an Army investigation that was classified as secret and provide a redacted copy to Nicoson’s attorney, Burns said at the time.

Stackhouse said in May that the Article 32 hearing marked the first time that Nicoson’s defense was granted access to two classified investigations that prosecutors believed they had already handed over.

“While I can’t go into the facts contained within those investigations yet, I think it’s fair to say that SFC Nicoson was not even in the country at the time two of the charges are alleged to have occurred, there is evidence in the investigation that shows SFC Nicoson did not violate the law or intend to commit any wrong, and that SFC Nicoson’s actions were valorous during the firefight that occurred on August 17, 2020,” Stackhouse said.

The U.S. military’s tactical partnership with the Kurds has been a long source of tension with Turkey, a NATO ally, which invaded Syria in October 2019. Then-President Donald Trump initially announced that all U.S. troops would leave Syria but he later reversed himself so that American troops could ostensibly guard oil fields in eastern Syria.

One complicating factor for U.S. forces in Syria has been the Russians, who support the al-Assad regime with troops and private security contractors. Videos emerged last year showing tense encounters between U.S. and Russian troops on Syria’s roads. One incident captured on video in August 2020 appeared to capture a collision between U.S. and Russian military vehicles that left several American troops injured with “mild concussion-like symptoms.”

“The encounters happen a few times each month and, thus far, have been resolved without escalation,” Army Col. Myles Caggins, the top U.S. military spokesman in Iraq and Syria at the time, said in July 2020.