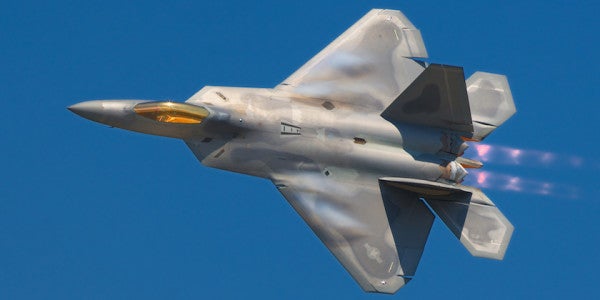 Airmen assigned to the 94th Fighter Squadron completed the first-ever F-22 Raptor “combat surge” over the last six months in skies above Syria, the Department of Defense announced on Wednesday, conducting an aggressive number of combat sorties over a single three-day period.