"You may fly this aircraft with reckless abandon." 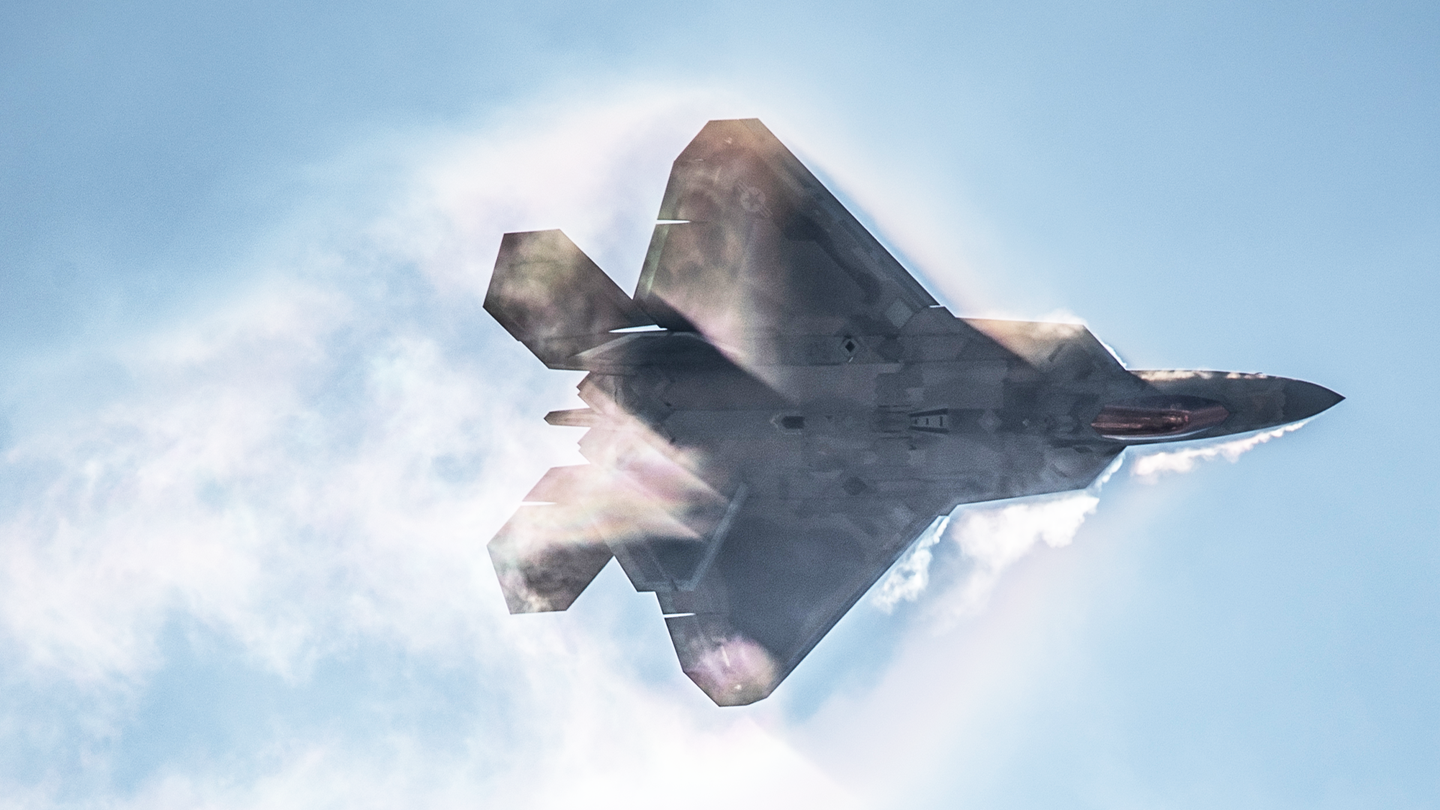 Operator’s manuals have a boring reputation, but not if they are written for one of the best fighter jets ever developed.

Retired Air Force Col. Terry “Stretch” Scott found that out during his time flying the F-22 Raptor, the Air Force’s fifth-generation fighter designed to kick down the door of enemy air defenses.

“The flight controls … are phenomenal,” Scott said on the Fighter Pilot Podcast in 2019. The original operator’s manual actually read “you may fly this aircraft with reckless abandon,” he recalled, and while the manual has changed since the aircraft’s first flight more than two decades ago, the spirit of the Raptor is the same as ever.

“Having come from a fourth-generation background, it’s eye-watering,” how nimble the jet is, said Scott, a former F-15 pilot. “Even when I’m flying offensive against another Raptor, that airplane is eye-watering when it starts maneuvering visually.”

Thousands of moviegoers will get a chance to see the F-22 shine on the silver screen later this month. The Air Force put together a 60-second recruiting ad to play in movie theaters before the start of “Top Gun: Maverick,” the sequel to the classic 1986 movie about Navy aviators which inspired a generation of military pilots. The Air Force ad showcases the branch’s fighter fleet, but some of the most spectacular stunts in the clip are performed by Maj. Joshua ‘Cabo’ Gunderson, the pilot and commander of the F-22 Demo Team.

The first one, at 18 seconds in, is the Power Loop, where Gunderson uses the Raptor’s thrust vectoring capability to quickly loop the aircraft, Hudson said. Thrust vectoring means the F-22 can point its engine nozzles slightly up and down for greater control and maneuverability. Very few aircraft on the planet have that capability, and skilled Raptor pilots like Gunderson can use it to tie adversaries in knots.

“It gave me a form of vertigo,” retired Navy F/A-18 fighter pilot Vincent “Jell-O” Aiello, the host of the Fighter Pilot Podcast, recalled after facing off against the Raptor in training. “There are only a handful of things I remember from 3,800 hours and 25 years [of flying] but that’s one of them.”

Most fixed-wing airplanes tend to fly forward, but at about 26 seconds into the recruiting commercial, Gunderson puts on a Raptor Slide, “where the pilot maintains a controlled backwards slide before repositioning to pull out of the maneuver,” Hudson explained.

Then, at about 47 seconds into the video, Gunderson performs a J-Turn, also known as the Herbst maneuver, which “highlights the unique maneuvering capabilities of the Raptor to rapidly reverse the change of direction with an incredibly tight turn,” Hudson said.

The J-turn basically uses “the entire airframe as a speed brake” and can “reduce the turning time of a fighter aircraft by 30 percent,” according to NASA.

Gunderson makes the maneuvering magic look easy, but it takes plenty of training and skill to pull it off, Hudson said.

Even Scott, who had an impressive 3,500 hours of flying in the F-15 Eagle before switching to the F-22, said it took a while to master the Raptor. But once you do, it’s almost unfair for your opponents.

“It really sucks to fight in a normal fighter against it. Feels like cheating,” said Trevor Aldridge, a former Air Force F-15C Eagle driver who also flew F-16s with the Air Force Thunderbirds, the branch’s premier aerial demonstration team. “The Raptor is a beast of an airplane!”

Indeed, the F-22 was always meant to be a beast. It was designed to replace the F-15 as the Air Force’s premier air-to-air winning machine. The plane is not just nimble: it’s smart and sneaky too. With advanced sensors, the fighter can see threats from far away; with its stealthy shape and materials, it can sneak up on those threats undetected; with its supercruise ability, it can sneak faster than threats can react; and, with its thrust vectoring capability, it can out-dance any opponent within visual range.

“The F-22 … was intended to be a pure fighter,” Aiello said on his show. “It’s not the quarterback … telling everybody where to go. It’s out there getting in the mix, in fistfights.”

Clearly the plane succeeded, according to the pilots quoted in this article. But the Raptor took flight at a tough time for ‘pure fighters.’ The Air Force originally planned to buy 750 Raptors, but the number Congress wanted dropped over the 1990s to 339. The jet became operational in 2005, right as the Global War on Terror was kicking off. The case for an expensive, stealthy, air-to-air platform became more difficult to argue when America’s most urgent enemies fought with homemade roadside bombs, not integrated air defense systems. By the start of the 2010s, Congress decided to cap the total fleet of Raptors at 187, and production of the plane was shut down.

Even so, the F-22 distinguished itself during the aircraft’s first ‘combat surge’ in 2018 over Syria, where the aircraft scared off 587 Syrian, Iranian and Russian combat aircraft and dropped 4,250 pounds of ordnance on enemy positions, the Pentagon stated at the time.

Nowadays, air-to-air combat and contested airspaces are back on the minds of generals and policy makers in Washington as China and Russia make bids to become regional and international superpowers. However, unlike how it was in 2005, the F-22 is now on the backside of the technology curve. In 2021, the service announced it would retire the Raptor sometime around 2030, depending on how soon the Air Force can adopt its Next Generation Air Dominance fighter — a developing project which could cost hundreds of millions of dollars per tail and redefine the concept of fighter aircraft. NGAD will take over the F-22’s air superiority role, while the multirole F-35 Lightning II will serve as the “cornerstone” of the fighter fleet, according to Air Force leaders.

Though the F-22’s days are numbered, maneuvers like those Gunderson performed in the Air Force commercial indicate that the sharp-edged bird will always be remembered with admiration, and maybe a bit of fear.

“What that aircraft is designed to do, it can do,” Scott said. “The performance matches the glossy brochure.”