The Marine Corps will pay some of its pilots retention bonuses of nearly a quarter-million dollars in order to address "shortfalls" in the service's aviation community. 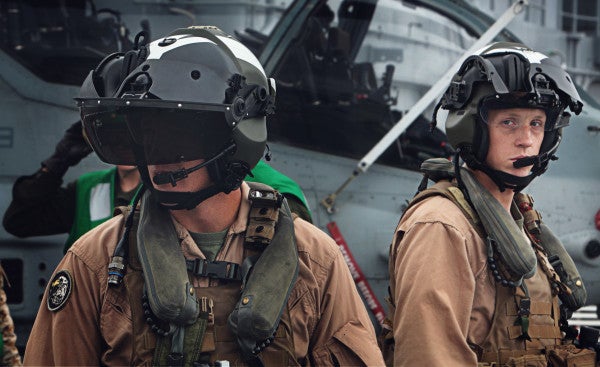 The Marine Corps will pay some of its pilots retention bonuses of nearly a quarter-million dollars in order to address “shortfalls” in the service's aviation community.

In a message released on Wednesday by Lt. Gen. David Ottignon, deputy commandant for manpower and reserve affairs, the Corps said its aviation bonus program provides “a proactive, short-term incentive for aviation officers in certain grades and communities with current or forecasted inventory shortfalls.”

The bonuses will be paid out to skilled aviators trained on at least one of the Corps' main aviation platforms, including the F-35 Lightning, AV-8 Harrier, and F/A-18 fighter jets; MV-22 Osprey, AH-1 Cobra, CH-53 Sea Stallion, and UH-1 “Huey” helicopters; and KC-130 aircraft, which is mainly used for aerial refueling.

Pilots of the Osprey, a tiltrotor aircraft capable of vertical takeoff and landing, can get up to $125,000, while pilots of traditional helicopters, such as the Huey, Cobra, or Sea Stallion, can receive up to $75,000.

The bonuses will be paid out in equal annuities over the length of a Marine's contract, according to the message. “For example, an AV-8B pilot with less than 12 YCS, with a 72-month contract will receive six equal payments of 35,000 dollars,” the message said.

You can view the full requirements here.