To fight tomorrow’s wars, the Marine Corps must improve recruiting, retention, and assignments

The system is not working as it should. 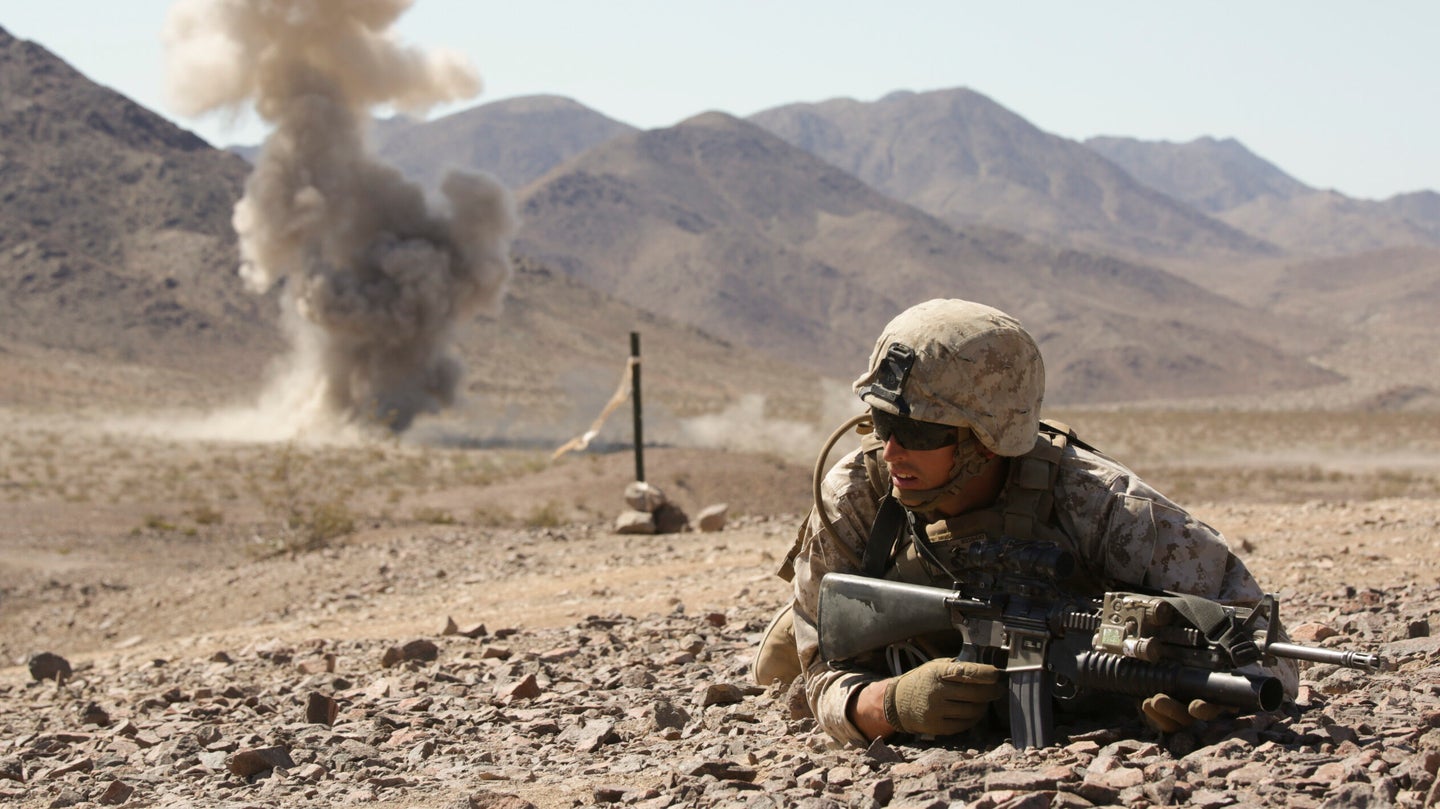 The Marine Corps needs a fundamental redesign of its talent management. Between March 2020 and March 2022, I documented military pay processes in support of the Full Financial Statement Audit. This involved reading Department of Defense, Department of the Navy, and Marine Corps manpower and fiscal policies and interviewing the individuals who execute the policy via processes. I spoke with personnel from Marine Corps Recruiting Command, the hardworking people who process retirements, and everyone in between. During every interview, I asked what was wrong with the Marine Corps’ military human resource system. The vast majority described a system that is simply not working as it should, and no matter where they worked, they could see cracks forming in the machine. But the cracks were so pervasive, all they could do was shrug their shoulders.

This is why it was so disappointing to read the reactionary stance of retired Lt. Gen. Gregory Newbold, and his disparagement of Talent Management 2030 (TM2030). His impressive resume includes three tours at Manpower and Reserve Affairs — officer assignment officer, head of enlisted assignments, and director of Manpower, Plans, & Policy — but his recent op-ed reveals he has not kept himself informed about the Marine Corps personnel environment over the last two decades. In the article, he describes the current system in much better shape than reality, presents factually incorrect information, takes contradictory stances, ignores important demographic data and scientific research, and encourages an impossibly risk-averse stance.

Newbold claims TM2030 fails to appreciate unintended consequences. He fails to present evidence the current industrial system is working. The current manpower system is broken and Marine Corps recruiters barely keep it together.

The Marine Corps is not meeting its retention mission. It is retaining the correct number of Marines overall, but not the correct type of Marines. For many years the Marine Corps failed to attract enough Marines to reenlist for a second term, particularly in specialties like intelligence, aviation maintenance, and infantry. However, this year there is a good story when it comes to riflemen reenlisting. The Marine Corps is reasonably close to meeting its first term reenlistment goal for riflemen. Meeting this goal is a team effort dependent on the hard work and diligence of commanders, career planners, and headquarters personnel. Two major efforts stand out though. First, larger bonuses were offered. In 2020 a rifleman’s 48-month reenlistment bonus was $7,200. This year it was $16,250. Second, reenlisting Marines opted to switch to rifleman as opposed to their original specialty. Marines that used to be in logistics or communications chose to be in the infantry.

Newbold likes direct ground combat Marines to be “mobile, agile, and hostile.” In his world, the majority of first-term infantry Marines are extremely agile in avoiding the career planner, very hostile to reenlisting, and superbly mobile in running away from the Marine Corps with their DD214 resulting in infantry personnel shortages. What are the unintended consequences of this legacy system?

TM2030 calls for a complete overhaul because this is a broken system. The Commandant knows this and he was correct in making talent management a priority.

There is nothing subtle about making 47% or 15% more than a peer. These premiums are paid to any Marine that meets the requirements. A top-tier pilot makes just as much as a bottom tier. The infantry Staff Sergeant could be the finest in the regiment, or average. The institution makes these decisions to keep trained individuals. To insinuate the Marine Corps does not pay to retain desired skills is false.

Newbold can’t decide if he wants humans to influence the manpower process or not. Artificial intelligence influencing assignments and promotions are bad. But he also disagrees with individual Marines, commanders, commands or locations influencing the process. It appears Newbold is advocating for the current centrally controlled system with selected headquarters Marines issuing orders. It would be better if he simply said the status quo is ideal. Newbold cannot advocate for the current system openly, perhaps because he knows this opaque system is disliked.

These demographic trends also counter his concerns about parental leave. Newbold creates a theoretical captain in her second tour having two children (or more). This is statistically unlikely. The mean number of children born to women aged 22 to 44 with a bachelor’s degree or higher is 1.0. Many women would never take parental leave. The majority would take it once, a smaller amount two times, and then outliers would take three or more. Would parental leave build resentment? Perhaps, but it may be what is necessary to retain skilled personnel.

Neuroscience provides the strongest case for an older force. As TM2030 points out, research indicates the brain fully develops at 25. An interesting research insight is humans need less sleep to function properly as they age. A force 3-4 years older requires less sleep to operate. Most importantly, a teenager’s prefrontal cortex is not fully developed. With a fully developed prefrontal cortex, humans respond rationally, with good judgment, and with an awareness of long-term consequences. Without a fully developed prefrontal cortex, teens process information emotionally with the amygdala. Again, America’s demographic changes provide an opportunity to recruit Marines with the cognitive maturity 18 and 19-year-olds may not have.

Newbold also brings out the well-worn problem of money. He extols frugality and wants to obtain the least expensive force possible. Since Newbold retired from the Marine Corps in 2002, America’s GDP has grown from $11 trillion to $23 trillion. This could be an article of its own, but a $23 trillion dollar economy needs to be protected by an appropriately capable and well-funded military force.

Newbold wants the Marine Corps to, “temper impulsive judgments and radical actions without fully, even exhaustingly, testing each premise and outcome.” This is the most worrying critique he makes of TM2030. This is not physics. 180,000 active duty personnel are constantly being influenced by economics, geopolitics, cultural changes, Marine Corps policy, and many other factors. It is nearly impossible to have a credible control group to test each one of these premises. With humans, like with warfare, perfect information will never exist. The Manpower and Reserve Affairs website describes the change philosophy: “TM2030 change will be iterative; policies and procedures will be analyzed, adjusted and implemented”. There is a risk with changing the talent management system and the Marine Corps will do its best to mitigate this risk.

The best evidence for a bold talent management transformation can be found on Damien O’Connell’s Controversy & Clarity podcast dated January 28, 2021. In a striking disclosure during an interview with Lt. Gen. David Furness, the division commander said, “No one worked harder to put sergeants in front of squads. You know I had 243 squads in 2nd Marine Division. I wanted 243 sergeants in front of them and the most I ever had was 115.” In other words, the current talent management process provided a division commander with less than half of the Marines he needed in key roles.

The fact is that in order to exist within the current manpower model, the Marine Corps has to prioritize training infantry sergeants as recruiters over assigning them to infantry battalions. This is insane. The Marine Corps is a warfighting organization. It has a moral obligation to provide a Marine fresh out of the School of Infantry with a trained sergeant as a squad leader. This can only be done with major talent management reforms.

Christopher McCarthy is a Major in the Marine Corps Reserves and an analyst at Manpower & Reserve Affairs. The views expressed in this article are those of the author and do not necessarily represent the views of the U.S. Marine Corps, Department of the Navy, Department of Defense, or the U.S. Government.