It’s official: The Marine Corps is adding a fourth phase to recruit training. In an Oct. 12 video, the service... 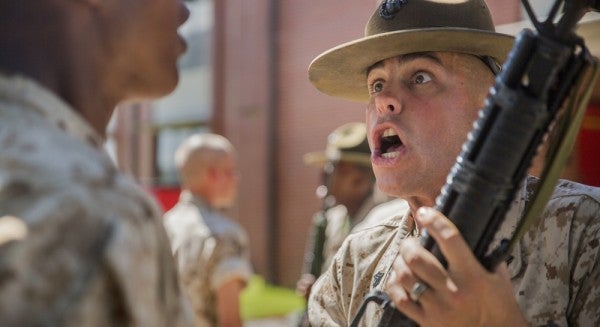 It’s official: The Marine Corps is adding a fourth phase to recruit training. In an Oct. 12 video, the service briefly laid out its plans for the new two-week phase a week after Task & Purpose first reported that the plan was under consideration.

The new phase phase will be an opportunity for Marine-to-Marine mentorship, with drill instructors counseling new Marines on everything from leadership and finances to what’s in store for them once they hit the fleet.

“Now you’ve got somebody who’s been a drill instructor and been intimately involved in this transformation, and now you have another few days to talk to their new Marines as a fellow Marine about what it’s going to be like to go out in the rest of their journey as a Marine,” Gen. Robert Neller, the Marine Corps commandant, says in the video.

The changes go into effect beginning November 2017, and though boot camp will remain 13 weeks, some training events will be shuffled around to make room for the new phase, which will expand upon the current four-day block, previously referred to as “Marine Week.”

In the past, Marine Week came at the end of boot camp, after newly minted devil dogs passed the Crucible, received their Eagle, Globe, and Anchor, and were finally allowed to refer to themselves in the first person, and other Marines by their rank.

Though the Crucible — a grueling final test of resolve and grit — remains the culminating training event, Marine Corps Times reported Oct. 4 that it will slide to the left to make room for the new training period.

This fourth phase will also emphasize the “Six F’s” of Marine Leadership Development: fighter, fidelity, fitness, family, finances, and future. Or, in the words of Marine veteran and Terminal Lance creator Maximilian Uriarte: Fourth Phase is about how not to be a boot.