Six years ago, President Barack Obama deployed a company of Army Special Forces soldiers to Uganda to “act as advisors... 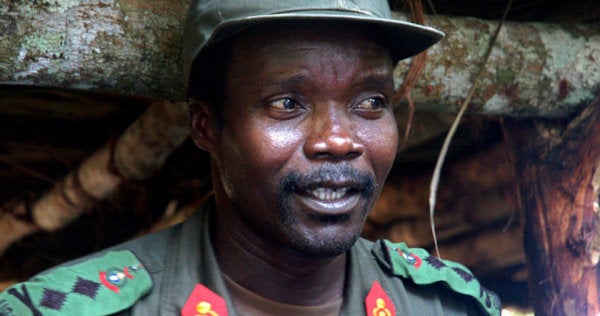 Six years ago, President Barack Obama deployed a company of Army Special Forces soldiers to Uganda to “act as advisors to partner forces” in the hunt for batshit insane Joseph Kony and his cronies in the messianic Christian terror cult of the Lord’s Resistance Army. But the elite U.S. troops were running into problems early on their deployment.

While the rate of horrifying massacres and mass rapes perpetrated by the LRA in Uganda, South Sudan, the Central African Republic, and the Democratic Republic of the Congo had ebbed under pressure from a multinational contingent of U.S., United Nations, and African forces, the Washington Post reported that Kony was proving as slippery as Osama Bin Laden, “relying on Stone Age tactics to dodge his pursuers’ high-tech surveillance tools.” By May 2017, the mission seemed a wash, as the U.S. abandoned its manhunt.

But, surprisingly, it wasn’t a wash: The LRA is now “a shadow of its former self,” according to an after-action report from Foreign Policy that estimates the terror cult’s ranks have thinned to barely 100 fighters. And according to Defense One, Special Forces managed to decimate the ranks of the LRA without firing a shot — or, at least, without perforating the jungles of the Central African Republic with thousands of rounds of ammo.

Speaking at a conference in Washington, D.C. last week, Army Col. Bethany C. Aragon — the commander of the 4th Military Information Support Group (Airborne) at Fort Bragg, one of the two active-duty psychological operations forces in Army special operations — detailed how the team attached to the Special Forces contingent deployed to Uganda and the CAR used non-lethal methods, from leaflets and loudspeakers to radio broadcast and social media, to encourage LRA fighters to throw down their weapons and defect.

“In the beginning, we had broad target audiences. Knowing that most of the LRA combatants were child soldiers who had been abducted, we assessed that they were susceptible to defection,” Aragon said, describing how the Uganda government tailored an amnesty program to encourage fighters from the rank-and-file LRA cannon fodder to Kony-aligned leaders to turn their backs on the terror cult. “What we were able to do is identify key leaders within the LRA that were prone to defection who would then be able to inspire multiple defections.”

Psyops are obviously not an unusual tactic for modern militaries: Propaganda leaflets deployed by U.S. aircraft over Afghanistan that “mistakenly contained an image highly offensive to both Muslims and the religion of Islam,” as Maj. Gen. James Linder put it, prompted a Taliban suicide attack on Bagram Air Base in September 2017; back in May, the Russian military reportedly used the equivalent of a “roving wiretap” to threaten Ukrainian troops on their own smartphones to encourage them to surrender. And amnesty programs for renegade militaries are a time-tested U.S. tactic; programs like the Vietnam-era Chieu Hoi “Open Arms” program for Viet Cong defectors and the Sons of Iraq militias, which welcomed former insurgents to ally against Islamists in Iraq, have shown mixed results.

A U.S. Army Special Forces weapons sergeant speaks to a group of Nigerian soldiers prior to the start of a buddy team movement class during Exercise Flintlock 2017 in Diffa, Niger, March 11, 2017.

But Aragon’s team appeared laser-focused on strategic intelligence-gathering, with remarkable results. While Green Berets spun their wheels attempting flush Kony out of the jungles of central Africa, Aragon’s team turned to local partners and transnational advocacy groups, like the #Kony2012-slinging Invisible Children, resources with unique social and cultural insights who could help narrow the Army’s psyops efforts on key LRA commanders, who would feed new intel into the operation. The cycle would continue in what Defense One described the success of “a model for information and psychological operations”:

In January, the group achieved another key victory: the defection of Michael Omono, Joseph Kony’s personal radio telephone operator. As RTO, Omono knew essentially everything about what Kony said to anyone under his command, when he communicated with troops, and how. After Pathways to Peace tracked down Omono’s mother, his daughter, and his uncle, the team convinced the family to help.

“Envision yourself walking through dense jungle,” Aragon . “You are working for a leader who is clearly unhinged and not inspired by the original motivations that people join the Lord’s Resistance Army for. [Omono] is susceptible. Then, as he’s walking through the jungle, he hears his mother’s voice and her message begging him to come home. He sees leaflets with his daughter’s picture begging him to come home, from his uncle that raised him and was a father to him.”

Omono left the LRA and walked for two weeks through tropical forests to turn himself into the African Union regional task force.

Whether all defections can be entirely chalked up to the wily planning of psyops or the result of internal LRA frictions caused by Kony’s murderous behavior is sketchy. Omona knew Kony had slaughtered his own wives and children and feared Kony would soon murder him, according to an April story from The Daily Beast. “I am nothing to Joseph Kony,” Omona said, according to the Beast. “If he could kill even his own children, how about me?”

But regardless of the reason, Omono’s defection was, according to Aragon, a major milestone that allowed Aragon’s team to tap into the LRA communication network and exponentially accelerate the degradation of the group’s fighting force. “Because he was the RTO, we got valuable information from him that let us know when their communication windows were,” Aragon said. “They had a special code language that they would use. He gave us the key to that. It was monumental in rapidly ending the LRA’s effectiveness in the area.”

Given the focus on lethality that will define the future of the Army — a focus Chief of Staff Mark A. Milley underscored throughout the Association of the U.S. Army’s annual convention in Washington earlier this month — the unusual success of Aragon’s non-lethal psyops venture may represent a persuasive counter to military planners’ propensity to, well, upgun everything. There are some circumstances like, say, the accidental firefights surrounding deconfliction zones in a crowded battlespace like Syria where deescalating through non-lethal means proves a more strategically-important means of engagement rather than the conventional spray-and-pray.

“It’s communication that can solve conflicts before they escalate into lethal force,” as David Schnell, vice president of business development at LRAD and a retired Navy captain, told me at AUSA. “And in crowded battlefields where there are combatants and noncombatants layered on top of each other, lethal force is a last resort.”

Aragon’s success looks like something the Department of Defense may want to replicate, according to a strategic Pentagon assessment of “influence in an age of rising connectedness” from August 2017 also obtained by Defense One. “In this changing geopolitical/technical landscape, it is increasingly clear that the DOD needs to complement ‘control’ with an explicit focus upon ‘influence’ factors and forces that produce desired behavioral outcomes across complex and intermeshed human and technical systems,” Joint Staff deputy director for global operations Brig. Gen. Alexus G. Grynkewich wrote in the assessment. “Influence is critical in conflicts such as those in the Gray Zone, whose limited nature leaves adversaries and allies able to choose.”