A Marine recruit died on Camp Pendleton. The Marine Corps waited 11 days to announce his death 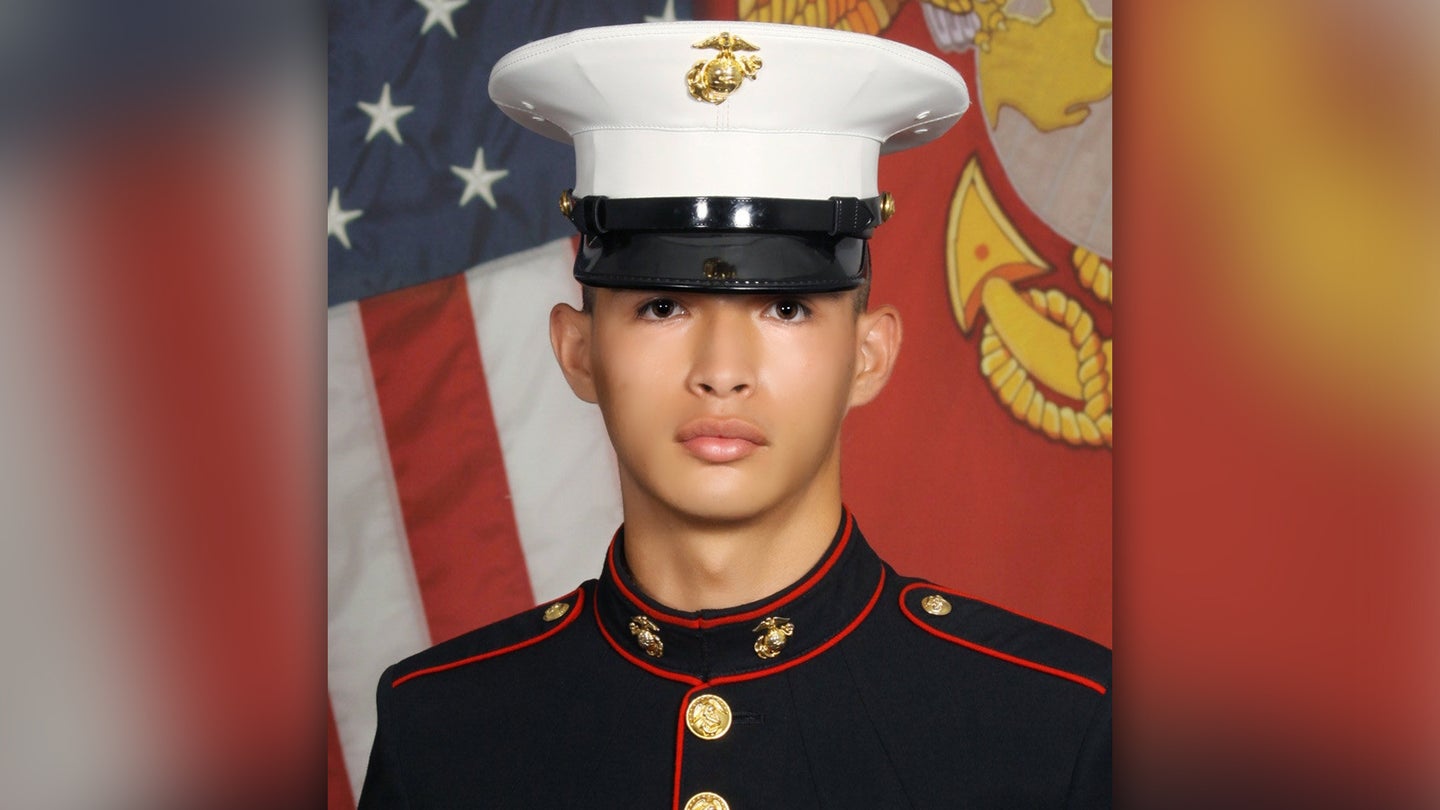 A Marine recruit died while conducting training at Camp Pendleton, California, on Sept. 27, but Corps officials waited until Oct. 8 before publicly announcing his death to allow his family to grieve, a spokesman for Marine Corps Recruit Depot San Diego said.

Pfc. Javier Pong collapsed while training and was pronounced dead at Naval Hospital Camp Pendleton, the San Diego Union Tribune reported on Oct. 9. At the time of his death, Pong was in the eighth week of the training cycle.

Pong, 18, had graduated from high school in May and had long dreamt of becoming a Marine, according to his obituary, which was posted online by Baca’s Funeral Chapel in Las Cruces, New Mexico.

The reason why Marine Corps officials did not initially announce Pong’s death was that his family needed time to mourn his loss, said Marine Capt. Joshua Collins, a spokesman for Marine Corps Recruit Depot San Diego.

“We are focused on supporting Pfc. Pong’s loved ones during this difficult time,” Collins said on Tuesday. “Out of a desire to provide the family privacy to grieve and put Pfc. Pong’s affairs in order, we delayed releasing any information until the family had confirmed they were comfortable with the news being publicized.”

Little information about the circumstances surrounding Pong’s death is publicly available. An investigation into the incident is ongoing, Collins said.

“At this time, we can only confirm that Pfc. Pong fell unconscious and became unresponsive while conducting scheduled training aboard Marine Corps Base Camp Pendleton earlier that evening,” Collins said. “All activities are conducted in accordance with existing directives and procedures to provide a controlled environment and maximize the safety of all recruits and permanent personnel.”

For Marine recruits at San Diego, the eighth week of boot camp is part of Phase 3 of recruit training, which culminates with The Crucible, a physically and mentally taxing 54-hour exercise during the 55th and 56th training days, according to Marine Corps Recruit San Diego’s recruit training matrix.

Beals collapsed due to heat illness while taking part in The Crucible, and a subsequent investigation determined his death could have been avoided if his team leader had properly supervised Beals and the other recruits and adjusted training due to the hot weather, according to the Island Packet newspaper in Bluffton, South Carolina.

Munoz died on his first training day after falling from a balcony, the Island Packet reported in October 2021.

In addition to these two deaths, Pfc. Brandon Barnish, 26, died at Parris Island in September 2021, more than four months after graduating from boot camp, the Island Packet reported. At the time of his death, Barnish was recovering from an injury before continuing his training.

Funeral services for Pong are scheduled to be held on Oct. 14, according to his obituary.

“Javier was a selfless person who looked out for all the people he cared for and went above and beyond to see them happy,” his obituary says. “He loved to listen to music and spent some of his time working out to achieve his goal to be a fit Marine.”