Because freedom costs a buck-o-five 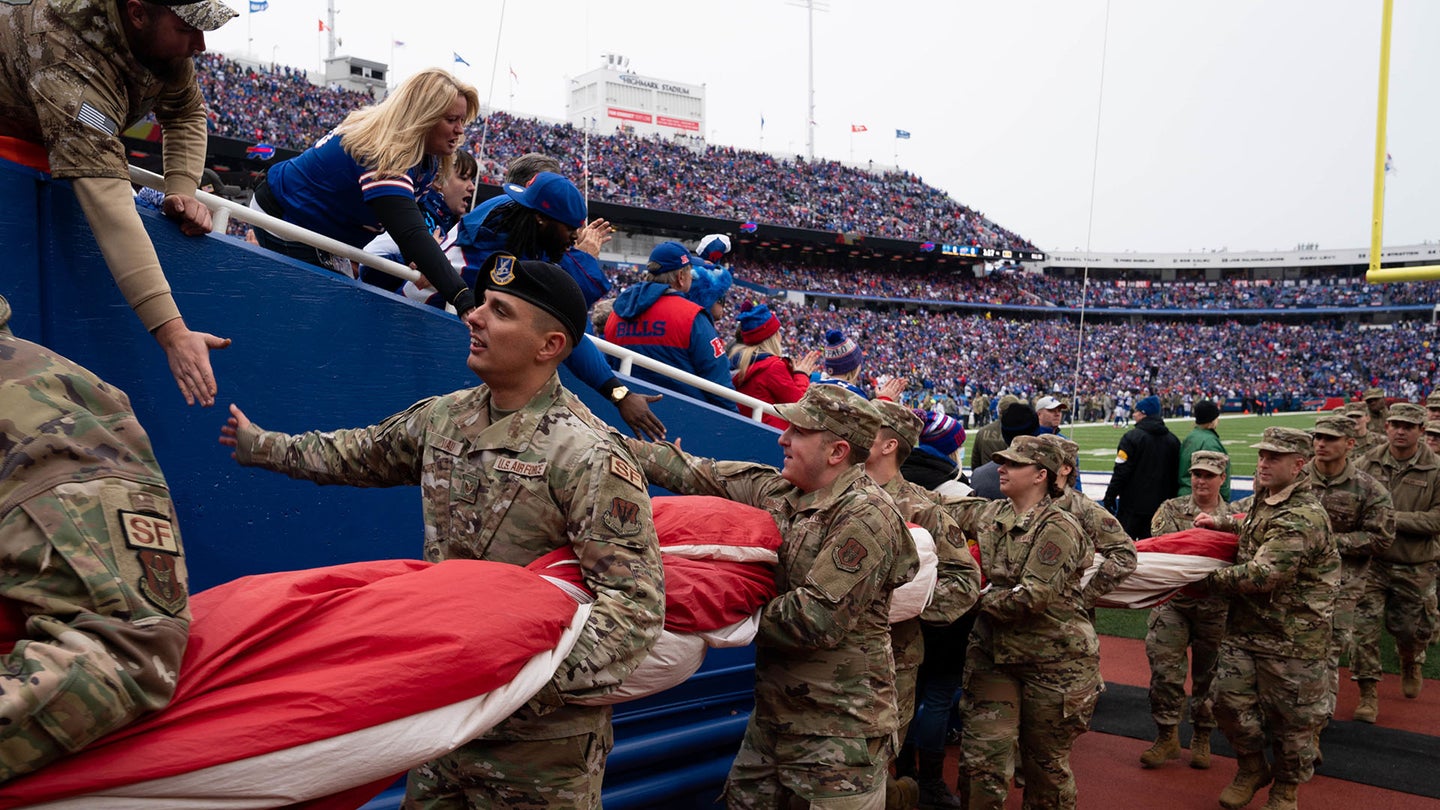 During the Global War on Terror, the term “thank you for your service” became a way for the majority of Americans who lived their lives unaffected by the U.S. wars in Iraq and Afghanistan to show their support for America’s sons and daughters in harm’s way without actually doing anything.

Now two lawmakers have introduced a resolution that would supercharge this well-intentioned albeit meaningless gesture by having the House of Representatives support the term “thank you for our freedom” as a better way for Americans to show their appreciation to active-duty service members and veterans.

Because the measure is non-binding, it cannot be enforced if it is eventually passed by the House, making it purely symbolic.

“This resolution will help ensure those of us blessed to call America home understand the personal importance of our servicemen and women’s sacrifice for our Nation,” Rep. Jack Bergman (R-Mich.), said in a Sept. 24 statement after introducing the measure along with Rep. J. Luis Correa (D-Calif.).

However, given Congress’ enormous powers — not the least of which is determining how much money the Defense Department receives every year — there are far better ways that Congress can thank troops and veterans for their sacrifices.

There was a time when lawmakers helped to solve problems that the military could not fix on its own. Partially in response to the military branches’ difficulties coordinating with each other during the 1983 invasion of Grenada, Congress eventually passed the Goldwater–Nichols Act, which gives combatant commanders the responsibility to carry out operations.

Right now, the U.S. military is facing several systemic problems that it is either unwilling or unable to get its arms around. The ongoing scourge of sexual assault and sexual harassment is a stain on the military’s honor and its soul. Both soldiers and Marines are forced to live in moldy and overheated barracks. Privatized military housing continues to be plagued by disgraceful conditions. And the Navy cannot keep jet fuel out of its drinking water.

And yet military leaders are not always focused on the most pressing issues facing men and women in uniform. Consider that a top Space Force commander was recently worried that an enlisted airman had undermined the entire concept of good order and discipline by referring to an officer as “brother” instead of his rank. Top military leaders also tend to shy away from fixing deeply entrenched and systematic problems, since it’s much easier to just blame the media instead.

By any measure, the entire military could use some outside help, both in terms of resources as well as guidance in reprioritizing the many challenges facing each branch individually. There is certainly a lot that Congress could be doing to provide substantial help to both troops and veterans, said Tom Porter, who runs the Washington, D.C., office for Iraq and Afghanistan Veterans of America.

It is important for all members of Congress to support legislation such as the PACT Act – which almost died in the Senate at the last minute due to partisan politics – and other measures that expand healthcare for veterans and provide other tangible assistance to those who have served, Porter told Task & Purpose on Tuesday.

“All these things weren’t unanimous votes when they passed the House and Senate,” Porter said. “We need House and Senate members to not worry so much about changing the words that come out of people’s mouths – which may or may not be genuine – but to really put some meat behind the effort. Right now, we’re trying to combat veterans’ homelessness, and we’ve got legislation called ‘Building Solutions to End Veterans’ Homelessness’ by Chairman [John] Tester (D-Mont.) that we need support for. These are all things that members of the House and Senate can do that genuinely help veterans and service members and improve their lives.”

Veterans need more than just a “pat on the head,” said Zack Baddorf, executive director of Military Veterans in Journalism, which is holding its annual convention from Oct.6-8, to help get more veterans into journalism.

“We need the nation to recognize our potential to continue our service, whether that be as a journalist, a business leader, or a park ranger,” Baddorf told Task & Purpose. “We need to work on real solutions that put veterans to work.”

Still, Emily Fehsenfeld, a spokeswoman for Rep. Bergman, said the resolution that would support saying “thank you for our freedom” is an important way to show gratitude to troops and veterans for defending Americans’ freedoms.

“We can walk and chew gum at the same time,” said Fehsenfeld. “This symbolic, yet important, resolution does not dismiss the more substantive legislative matters affecting our military and veterans — rather it goes hand-in-hand with them. Any half-baked insinuation that this resolution takes away from our other obligations to servicemen and women is asinine and disingenuous.”

Nevertheless, the U.S. military faces a litany of problems that are not getting any better, and just as changing the name of french fries to “Freedom Fries” in congressional cafeterias did not help troops in Iraq, another symbolic measure of gratitude for troops and veterans will simply ring hollow.