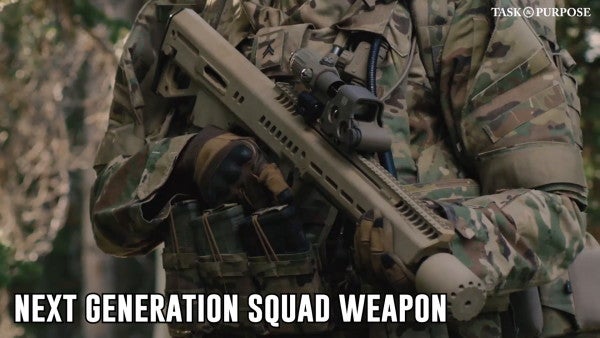 Nothing sends chills down the spines of senior military leaders quite like the words “continuing resolution.”

While Congress and the White House continue battling over a seemingly-endless stream of drama, Washington is watching the clock tick down to Nov. 21 when government funding from the current continuing resolution signed in late September runs out.

And for the Army, a continued delay in funding doesn't just throw a wrench in the wheel — it knocks the wheel completely off and sets it on fire.

A breakdown put together by the Army, which was provided to Task & Purpose and first reported by Defense News says that all six of the service's modernization priorities would see “severe impacts” in the event of a year-long continuing resolution.

Also on the line: Nearly $600 million in military personnel funding.

If there is a yearlong CR, the Army's breakdown says, there could be a $597 million reduction in active-duty and reserve entitlements — meaning salaries, housing allowances, bonuses, and more.

A yearlong CR would also prevent a $132 million award of 4,400 new living quarters, both for families and single soldiers; delay maintenance of up to 269 Army family housing units; and more.

This directly targets what Army leaders have said is their priority: People.

The start of 79 new programs would also be delayed, and 37 other programs wouldn't see the planned increase in production. Readiness would take a hit, the Army's breakdown says, while training exercises would be disrupted, and hiring and recruitment plans would be derailed.

As Breaking Defense put it, the impeachment drama engulfing Washington “is sucking the oxygen out of the room, leaving regular order gasping for air.” But the disagreements over military funding being used for Trump's wall at the southern border, along with an array of other things, certainly don't help.

“If the House sends articles of impeachment, that would eat up all the time in December, and it could spill into January,” Inhofe said, per Politico. “That would mean that we go beyond the deadline that our troops needed to be funded, and that is a reality that we've never had to face before.”