"The time for questioning the results has passed." 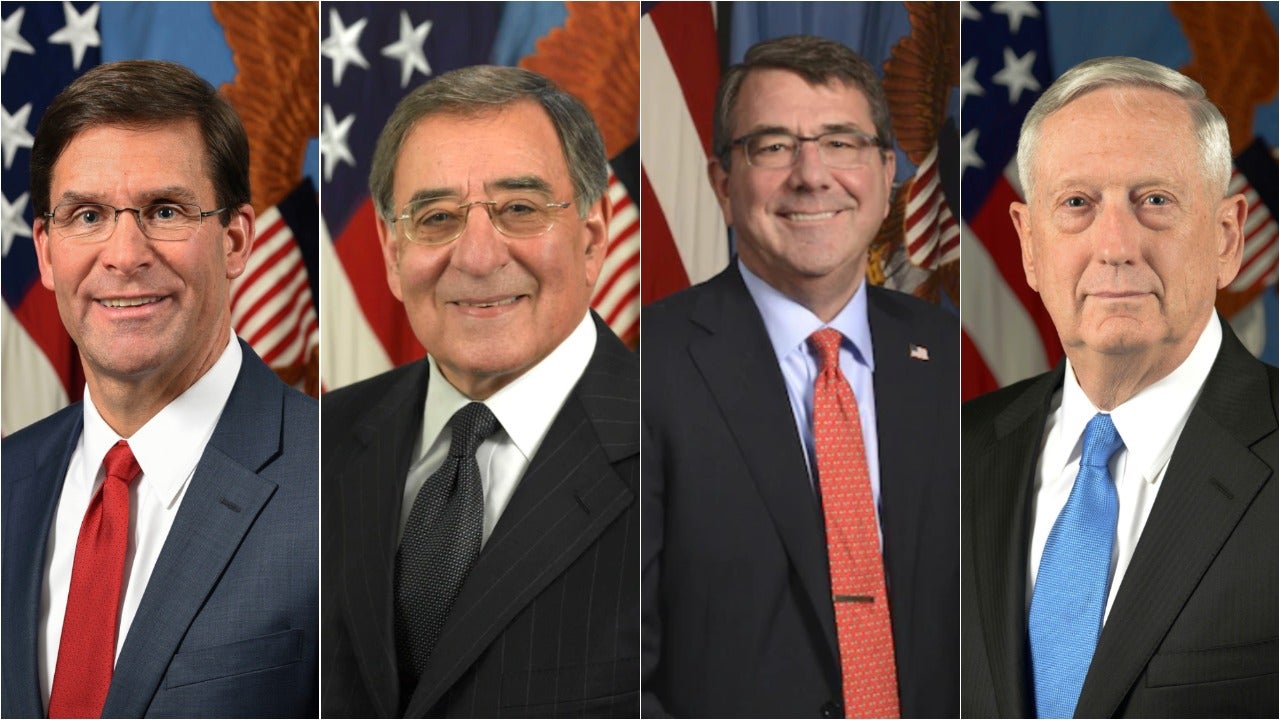 All 10 living former secretaries of defense signed onto a Washington Post op-ed on Sunday calling on current Pentagon leadership to conduct a transparent and smooth transition with the incoming administration of President-elect Joe Biden and urging military leaders to “refrain” from undermining the results of the 2020 election.

“Our elections have occurred. Recounts and audits have been conducted. Appropriate challenges have been addressed by the courts. Governors have certified the results. And the electoral college has voted,” the op-ed says. “The time for questioning the results has passed; the time for the formal counting of the electoral college votes, as prescribed in the Constitution and statute, has arrived.”

“Efforts to involve the U.S. armed forces in resolving election disputes would take us into dangerous, unlawful and unconstitutional territory,” the op-ed says. “Civilian and military officials who direct or carry out such measures would be accountable, including potentially facing criminal penalties, for the grave consequences of their actions on our republic.”

Military leaders were forced to address the idea of military intervention in the 2020 election just last month when retired Army Lt. Gen. Mike Flynn brought up the idea of Trump calling the military into swing states to “re-run” the election on far-right news channel Newsmax.

The New York Times reported that Trump asked Flynn about his idea during a White House meeting days later.

Army Secretary Ryan McCarthy and Chief of Staff Gen. James McConville responded to Flynn’s comments in a joint statement, saying there is “no role for the U.S. military in determining the outcome of an American election.”

Despite this, tensions further grew between the Trump administration and Biden’s transition team in December when Acting Defense Secretary Christopher C. Miller “ordered a Pentagon-wide halt” on meetings with the Biden’s team, Axios first reported.

Miller said after Axios’ story was published that the Defense Department never canceled or declined any meetings or interviews and that there was a “mutually-agreed upon holiday pause.”

Biden’s transition director Yohannes Abraham, however, said there was no such agreement, according to Axios.

The former secretaries said in their op-ed that it’s “imperative that the transition” between the two administrations at the Defense Department is “carried out fully, cooperatively and transparently,” and that the current leadership must “refrain from any political actions that undermine the results of the election or hinder the success of the new team.”

“We call upon them, in the strongest terms, to do as so many generations of Americans have done before them,” the op-ed reads. “This final action is in keeping with the highest traditions and professionalism of the U.S. armed forces, and the history of democratic transition in our great country.”