Congress Is About To Rein In The Forever War… Just Kidding!

A number of brave U.S. senators are attempting to pare back America's forever war by passing a new Authorization for... 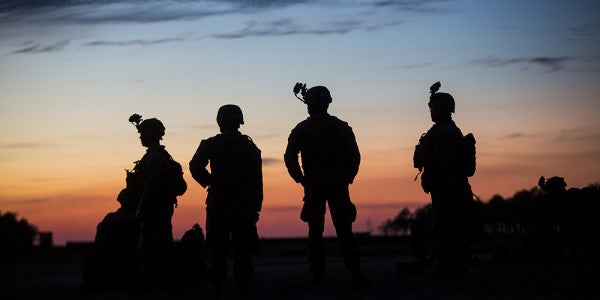 A number of brave U.S. senators are attempting to pare back America's forever war by passing a new Authorization for Use of Military Force, Defense News is reporting.

The new AUMF of 2018, sponsored by Sens. Bob Corker (R-Tenn.) and Tim Kaine (D-Va.), would replace the original AUMF passed in the wake of the Sept. 11 attacks, which gave the president broad authority to hit back against al Qaeda and “associated forces” — later interpreted by Presidents Bush, Obama, and now Trump, to include terror groups that didn't even exist at the time of the attacks, or in some cases, were sworn enemies of al Qaeda.

But not to fear, citizen! After 17 years of war, Congress is going to do its constitutional duty and demand oversight on the executive, forcing him to ask their permission should he want to use military force in foreign lands.

Or, as Defense News puts it, “the proposed bill would cover all terrorist groups the U.S. is currently fighting, and it would not restrict the president from taking immediate action against enemies in other global hot spots.”

Lawfare has a great explainer on what the new bill would do differently from the existing AUMF, which it seems, isn't much. There are a couple of noticeable differences in Corker/Kaine's bill, including that it specifically names the terror groups the U.S. military can engage, which includes al Qaeda, the Taliban, ISIS, and others. It also says the president needs to notify Congress if he wants to expand existing operations beyond Afghanistan, Iraq, Syria, Somalia, Yemen and Libya.

All that sounds nice in theory, but the Congress — with its sky high approval rating of 15% — is not keen on actually reining in the president's use of military force. That's pretty clear with the 2018 AUMF's (just like the 2001 version) use of a catch-all clause of giving the president authorization to go after “associated forces,” which not surprisingly, are to be determined by the White House, not Congress.

So anyway. We're going to keep going with this forever war for a while. Plan accordingly.