Army Capt. Nathan Smith is trying to sue the United States over the war with ISIS because he believes it’s... 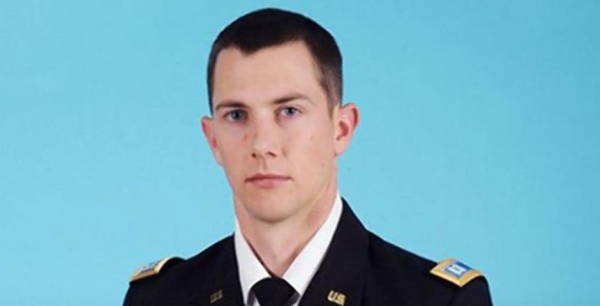 Army Capt. Nathan Smith is trying to sue the United States over the war with ISIS because he believes it’s illegal. Except, he thinks it’s a just war that we need to be fighting. So why is he pursuing legal action? He wants Congress to officially declare war.

“My conscience bothered me,” Smith said in his lawsuit complaint. “When I was commissioned by the president in May 2010, I took an oath to 'preserve, protect and defend' the Constitution of the United States.”

The troops, he says, have been forced to violate their oaths in an illegal war, reported the Washington Times.

In November 2016, Smith brought his case to the Federal District Court for the District of Columbia, arguing that “he supported fighting the Islamic State as a matter of policy, he believed that the current effort violated the Constitution and the War Powers Resolution, which limits combat operations to 60 days if Congress has not authorized the deployment,” according to The New York Times.

In her ruling, Judge Colleen Kollar-Kotelly wrote, “The court is not well equipped to resolve these questions, and the political branches who are so equipped do not appear to be in dispute as to their answers.”

This month, Smith will go in front of an appeals court to argue his case.

What makes Smith unique is that he is not a conscientious objector. He entirely supports the war against ISIS. He simply believes it needs to be made legitimate by the backing of Congress.

Currently, military operations against the Islamic States are authorized by Congress’ 2001 Authorization for the Use of Military Force, which permitted the use of military force against al Qaeda and those responsible for the attacks on Sept. 11, 2001.

In December 2016, President Barack Obama released an interpretation of the AUMF, which he said was wide enough to encompass all terrorist groups in the region. Smith, however, believes that considering ISIS an offshoot of al Qaeda is too thin to sustain a war with ISIS, and that a new declaration is needed.

“I would take no issue with the Congress stepping forward with an AUMF,” Mattis told the Senate Defense Appropriations Subcommittee on March 22. “I think it’d be a statement of the American people’s resolve.”

And there are some in the legal community that believe Smith presents a strong case.

“I think there’s a lot of merit to Capt. Smith’s claim — and a very difficult question of statutory interpretation concerning whether the 2001 use of force authorization can fairly be read to encompass the Islamic State,” Stephen Vladeck, a law professor at the University of Texas, told the Washington Times.

However, he added, “Courts have historically been quite reluctant to resolve such fraught questions about the separation of war powers — and have looked for any plausible way to rule in the case without reaching the merits.”