Afghanistan Is Not A Forever War, Its Ambassador Tells T&P

Afghanistan’s ambassador to the United States wants to assure U.S. troops and veterans that the 17-year-old war in his country... 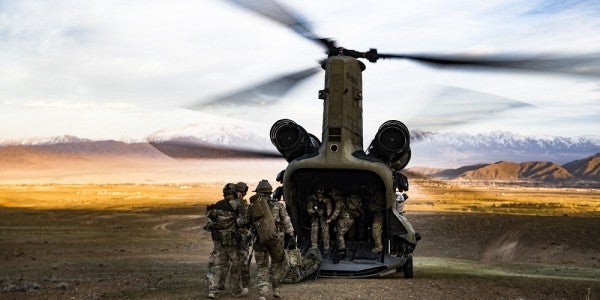 Afghanistan’s ambassador to the United States wants to assure U.S. troops and veterans that the 17-year-old war in his country will not go on forever.

“Those veterans who have served in Afghanistan should understand that the Afghan security forces — which they have helped us train — are one of the prides of our country now,” Ambassador Hamdullah Mohib told Task & Purpose in a March 13 interview. “Three years ago, many people in areas such as Helmand and Nangarhar saw the security forces as mercenaries. Today, they are celebrated.”

The Afghan government has an ambitious goal of reasserting control over 80% of the country’s population centers by the end of 2018. Afghan security forces would “manage” the remaining 20% of population centers, Mohib said.

So far, the plan is on track, he said. But “a lot of things in this world are not static,” he added. “If things change, then we will obviously have to adjust our methods or resources.”

The Pentagon’s Special Inspector General for Afghanistan Reconstruction painted a much less optimistic picture of Afghanistan’s security situation in its most recent report to Congress, determining that the Afghan government “made no significant progress in 2017” toward that target goal of expanding security to 80% of the Afghan population — and, in fact, the government controlled less ground than it had in 2013.

Related: Combat Is No Longer Off The Table For Marines In Afghanistan»

Still, Mohib insisted the Afghan government has the momentum to restore security to most of the population, as evidenced by the growing strength of Afghan troops and police. The Taliban and other armed groups may be able to continue fighting a small-scale insurgency, but they have “no hope” of toppling the Kabul government, he said.

However, the Taliban have been able to launch attacks inside Kabul and the commander of U.S. troops in Afghanistan recently told reporters that Taliban fighters have infiltrated the city.

When asked if the Taliban and other groups have turned Kabul into a contested city, Mohib replied, “Absolutely not.”

The Taliban, he said, are going after soft targets in urban areas because the Afghan security forces now have the necessary surveillance equipment to prevent them from overrunning district centers and other cities.

“Secretary Mattis emphasized that the recent peace offer does not eliminate the need for offensive operations against the Taliban and noted the importance of continued Afghan National Defense and Security Forces progress on the battlefield,” the Defense Department announced on Wednesday.

Some elements of the Taliban have responded to Ghani’s peace offer, but other fighters are sure to fight on no matter what, Mohib said.

“The Taliban are not a homogeneous group,” he said. “There are always going to be some irreconcilable elements. Those who are terrorists and aligned with terrorism are not going to see benefits in peace, so they will continue to want to terrorize Afghanistan.”