The AI Column: Time For A Moral Reckoning Down In Silicon Valley

The recent revelation that China’s security services had successfully compromised the servers of thousands of leading tech' firms cloud computing... 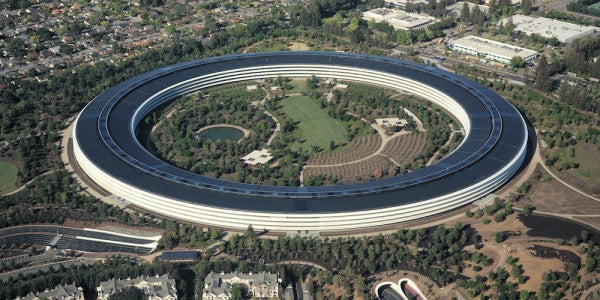 The recent revelation that China’s security services had successfully compromised the servers of thousands of leading tech' firms cloud computing platforms has sent shockwaves through the tech world. The hardware hack may have compromised some of the most sensitive computer systems used by the military and intelligence services. While the scope and sophistication of the operations were alarming, it was no surprise to some in national security circles.

This reckoning was a long time coming.

For years, China has leveraged its intelligence services to engage in large-scale theft of intellectual property from firms around the world. Counter-intelligence experts say that Silicon Valley is now a prime battleground for Chinese spies and spy catchers.

While the tech giants have grumbled, their complaints have been measured. China has the world’s largest population and will soon boast of the largest economy. No multinational corporation wants to antagonize what will soon be the largest market on Earth. While cheap labor initially drew American firms there, the prospect of keeping a foothold in this market kept them there.

The emerging field of artificial intelligence may change this landscape further. China has declared that they want to lead the world AI and have made huge investments to that end. Some of their leading scientists were taught in the U.S. and many of their start-ups are funded by American venture capital.

While the AI race has been compared to the space race of the 1960s, this competition will include private tech firms like Apple and Google, who spend more on research and development than government agencies like DARPA. Leveraging the investments made by China and getting access to their massive data troves could give these firms a critical edge. But this help comes at a price.

No firm has seen this new price more than Google. The ink was hardly dry on their new ethical statement before it revealed that they were working on a secret project to assist the Chinese government with a new search engine. China’s internet is heavily censored and its government operates the most intrusive electronic surveillance regime in history.

At the same time, Human Rights Watch released a report of mass incarceration of Chinese oppression political dissidents and religious minorities. HRW estimates the government has imprisoned as many as a million people in these camps. While Google isn’t building these camps, they may be helping the government decide whom to put in them.

Before the revelations about the Chinese hardware hacking, firms could tell themselves they were pursuing the best interests of their shareholders by looking the other way at China’s malfeasance. Some small start-ups likely decided they might as well work in China, since someone there was going to steal their work anyway.

But the day of reckoning has arrived. These firms have to decide if they want to protect their secrets, the US government’s secrets and their customers or sell them to the highest bidder. The consequence of these decisions will affect us all.

“Mal Ware” is a veteran of the AI racket so salty that his Twitter account has been verified since 2002. Opinions expressed are his own.