The AI Column: The Most Important Challenge To Trump’s Trade War With China

The murky relationship between trade, technology, and national security will remain a problem 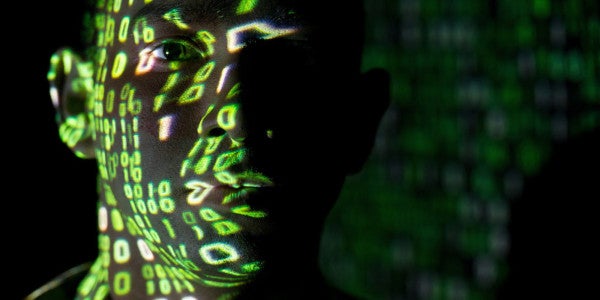 On November 19th, 2018, the Commerce Department announced it was considering new export controls on advanced technology. The proposed list was a litany that included artificial Intelligence, semi-conductors and swarming drones. While not mentioned by name, the target of the restrictions was China, who has made a concerted effort to develop or steal these technologies around the world.

Some in Silicon Valley have bristled at the proposed restrictions. China is one of their largest and most profitable markets. Restricting exports could further spur the development of their own tech sector, a stated goal of the Chinese government. It could also stifle innovation and joint research.

While their concerns are valid, they may also be overblown. The Treasury department could adopt the totality of the proposed restrictions, or none at all. The point of public review was to allow industry to explain how these restrictions could impact their business, so organizations like CFIUS could make the difficult decisions about what to restrict. Publicly proposing rules and allowing for industry comment is a way to help them be better informed.

Many of the proposed technologies are dual use. Some, like drone swarming technology are clearly military specific technology, with limited commercial applications. Others like semi-conductors; are general use technology that should not and probably could not be restricted. The semi-conductor production process is already so diffuse it would almost be impossible to restrict a competitive company from exporting without killing the U.S. industry.

The most difficult decisions to be made will be about technologies that split the difference, like computer vision, which could be used for everything from driverless cars to automatic weapons targeting systems. Your correspondent was surprised that some keynote speakers at the AI World Conference in Boston weren't aware of these proposals.

This comes amid the escalading trade dispute between Washington and Beijing. To their credit, Google employees have protested its involvement in a secret and morally dubious effort to create a censored internet search platform in China. A similar uprising ended its involvement in DARPA's MAVEN project.

The Trump administration has taken a hard, if irregular line against China. The Chief Financial Officer and daughter of the founder of Chinese electronics giant Huawei was recently arrested in Canada and faces extradition to the US for allegedly violating economic sanctions against Iran. The Pentagon has already banned DOD from buying smartphones made by Huawei or its main Chinese rival ZTE because of security concerns.

China responded by detaining two Canadian citizens, including a former diplomat on national security related charges. These arrests will likely be another talking point as trade talks continue.

When the President tweeted that he might intervene in the Huawei case to save the trade deal, a senior Justice Department official said “We do law enforcement. We don't do trade deals”

The murky relationship between trade, technology, and national security will remain a problem. When ZTE was accused of violating sanctions against Iran and North Korea, Republican lawmakers proposed a seven year ban on exporting parts to ZTE. The move would likely have put them out of business, had the White House not intervened to stop it as a concession to President Xi.

As ZTE is one of the country's largest businesses, its failure would likely have stoked nationalist tendencies, beyond the US Navy's continued encroachment into what they see as their territorial waters in the South China Seas. On this side of the Pacific, the trade war has already hurt American agriculture exports, prompting a $12 billion aid package from the administration.

Before midterm elections, China levied tariffs on American imports of goods that came from key Republican Congressional districts, like bourbon (Senator Mitch McConnell R-KY) and cranberries (Representative Paul Ryan, R-WI). As the 2020 election cycle begins, we may not need a Special Counsel investigation to figure out who they are pulling for.

“Mal Ware” has contributed this monthly column on AI. He was fighting in the AI war before you knew there was one. He is so salty, he still has two Megapixel photos he took with his Motorola Razr phone. We're not saying who is in them. Opinions expressed are his own.

SEE ALSO: Time For A Moral Reckoning Down In Silicon Valley