VA Secretary Pulls Out Of Speaking Gig For Student Veterans

Department of Veterans Affairs Secretary Robert Wilkie will no longer attend the Student Veterans of America National Conference on Thursday,... 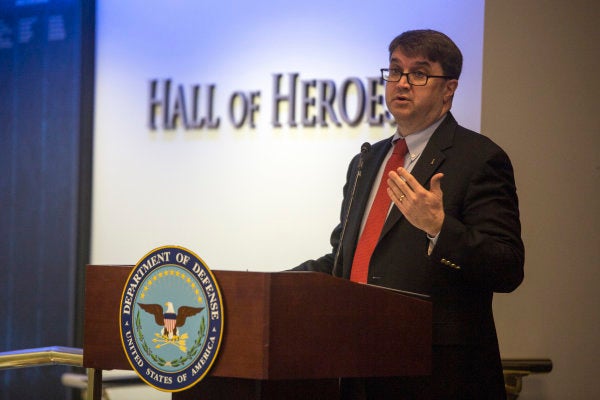 Department of Veterans Affairs Secretary Robert Wilkie will no longer attend the Student Veterans of America National Conference on Thursday, where he was scheduled to give a speech to about 2,000 student veterans from across the country.

Wilkie was due to speak sometime on Thursday morning at the conference in Orlando, Florida, but abruptly canceled the trip on Wednesday, a source familiar with the matter told Task & Purpose. A statement from a VA official blamed the partial government shutdown, despite the agency being fully funded for fiscal year 2019 and its own website proclaiming it was not affected by the shutdown, which is now in its second week.

“Due to the partial government shutdown, Secretary Wilkie will remain in Washington to ensure the VA continues to provide benefits and services to all our nation's Veterans with zero interruption,” VA spokesman James Hutton told Task & Purpose.

Hutton did not respond to follow-up questions asking how Wilkie traveling to Florida would have any effect on benefits and services for veterans, or why the government shutdown was to blame for the cancellation.

The SVA National Conference is the nation's largest gathering of student veterans, according to the SVA website.

Update on 1/4/2019 at 8:47 AM: Wilkie spoke to the SVA conference on Friday morning via a livestream from Washington.