The Secretary of the Department of Veterans Affairs, Robert Wilkie, just fired his deputy, James Byrne. 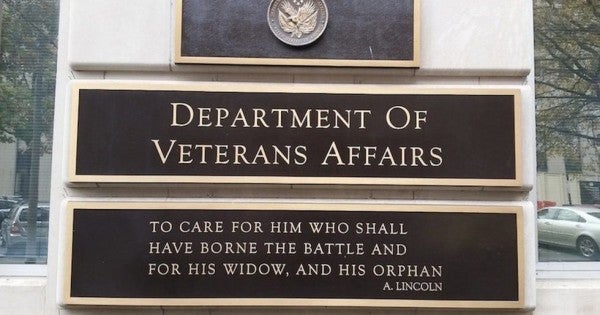 The Secretary of the Department of Veterans Affairs, Robert Wilkie, just fired his deputy, James Byrne.

“Today, I dismissed VA Deputy Secretary James Byrne due to loss of confidence in Mr. Byrne's ability to carry out his duties,” Wilkie said in a statement. “This decision is effective immediately.”

Byrne was sworn in as deputy VA chief on Sept. 16. following a Senate confirmation vote of 81-11. Previously, he worked as the department's general counsel, charged with corralling a team of lawyers, and legal staff, prior to that, he worked at Lockheed Martin.

According to his bio, Byrne is a graduate of the U.S. Naval Academy in Annapolis, and a former Marine Corps infantry officer, who worked in the Washington, D.C. area, at Walter Reed National Military Medical Center and at Aberdeen Proving Grounds in Maryland.

The Department of Veterans Affairs did not respond to Task & Purpose's request for comment on Byrne's firing.

However, CNBC reported that Wilkie's announcement that he'd fired Byrne came at a time when the department, and the VA secretary, are taking flak for their handling of sexual assault allegations at the VA.