The Department of Veterans Affairs released an alarming report Friday showing that at least 60,000 veterans died by suicide between 2008 and 2017, with little sign that the crisis is abating despite suicide prevention being the VA's top priority 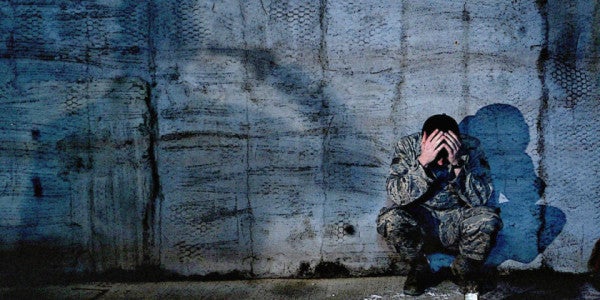 The Department of Veterans Affairs released an alarming report Friday showing that at least 60,000 veterans died by suicide between 2008 and 2017, with little sign that the crisis is abating despite suicide prevention being the VA's top priority.

Although the total population of veterans declined by 18% during that span of years, more than 6,000 veterans died by suicide annually, according to the VA's 2019 National Veteran Suicide Prevention Annual Report.

The report did not take into account the possible effects of VA's programs aimed at outreach and removing the stigma of seeking help for mental health. Overall, though, the data show the suicide rate is increasing.

Overall in 2017, the suicide rate for veterans was 1.5 times the rate for non-veteran adults, after adjusting for population differences in age and sex, the report said.

The report and an accompanying statement by VA Secretary Robert Wilkie emphasized that the veteran suicide crisis went beyond the VA's capacity to address it, and must be targeted in a coordinated approach with local, state and private partners.

“VA is working to prevent suicide among all veterans, whether they are enrolled in VA health care or not,” Wilkie said. “That's why the department has adopted a comprehensive public health approach to suicide prevention, using bundled strategies that cut across various sectors — faith communities, employers, schools and health care organizations, for example — to reach veterans where they live and thrive.”

The new approach was meant “to reach all veterans, even those who do not and may never come to us for care,” Wilkie said.

In his cover letter for the report, Dr. Richard Stone, the executive in charge of the Veterans Health Administration, said of suicide prevention that “We cannot do this alone; we call on our community partners to join us in this effort.”

“We will only be successful at preventing suicide if we break this work into actionable, manageable steps,” Stone said.

The full report and the accompanying state data sheets are available here.