Secretary of Veterans Affairs Robert Wilkie allegedly sought to intentionally discredit a female veteran who reported a sexual assault at a VA medical center. This will not stand 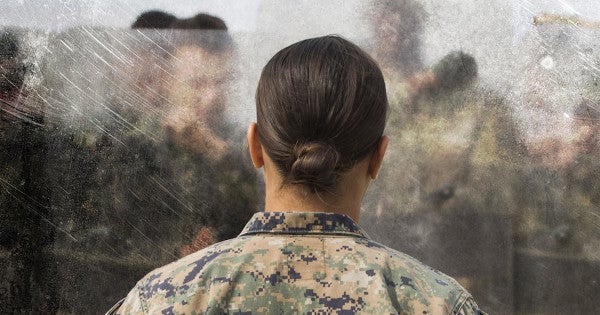 Lt. Andrea Goldstein — a Navy Reservist, intelligence officer, and senior policy adviser for the House Veterans' Affairs Committee's Women Veterans Task Force — reported a sexual assault at the Washington VA medical center last fall. This came only days before a bill that she helped draft, directing implementation of a comprehensive anti-harassment and anti-sexual assault policy at the VA, was introduced in the House. This bill could have been a call to action, a high-profile case to demonstrate the VA's commitment to the wellbeing of female veterans.

But no: According to an anonymous complaint corroborated by other government officials, in the week following Goldstein's report, Secretary Wilkie actively sought to investigate Goldstein's credibility and military record with the intent to potentially use negative findings to discredit her. After VA Inspector General Michael Missal closed the investigation into Goldstein's case, Wilkie publicly called her report “unsubstantiated” and warned that her behavior could deter veterans from seeking VA treatment. Missal rebuked Wilkie, stating that “unsubstantiated” was “not an accurate description of the results of our investigation.”

The VA is charged with comprehensively caring for all veterans. Veterans receiving VA care experience better health outcomes, including a reduced risk of suicide, than those who receive care at private facilities. Yet Secretary Wilkie's actions signal that safe and comprehensive care is not available to women who served.

Indeed, Secretary Wilkie's attempts to cast doubt on Goldstein's report are far too familiar to us. The search for “dirt” to use to discredit her; the victim-blaming culture; the claim that Goldstein's courage would harm other women by discouraging them from seeking care — we have heard this before. Keep your head down. Don't make waves. Reporting this will hurt your career.

None of this is new; none of it is shocking. All of it must stop. Now. The brave act of coming forward after an attack does not deter service members and veterans from seeking help. But retribution does, and victim-blaming does – particularly from senior leaders.

To those privileged to lead women and men in uniform and beyond, we call on you to change this narrative. Secretary Wilkie, we call on you to publicly apologize to Lieutenant Goldstein. And we call for VA leaders to commit to creating a VA that recognizes the strengths, contributions, and challenges faced by female veterans.

It is the right thing to do.