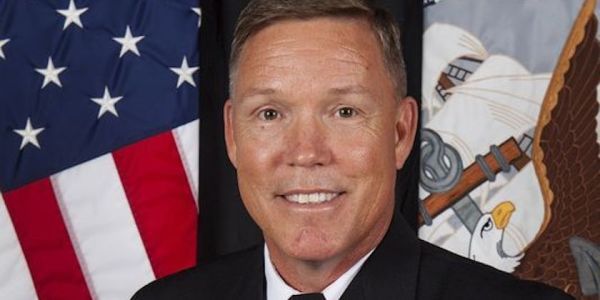 When Task & Purpose first broke the news that the Marine Forces Reserve had fired top chaplain, Navy Capt. Loften C. Thornton, the public story was that Thornton had been relieved of his duties “due to a loss of trust and confidence.”

Apparently, “loss of trust and confidence” was code for getting some strange sexual action on with a woman in a New Orleans bar — and getting caught on camera in the process.

Two defense officials told USA Today that Thorton was removed from his post after video emerged of the chaplain “having sex with a woman at the Crown & Anchor Pub, a British-themed tavern across the Mississippi River from the French Quarter.” Authorities are “examining” video of the incident, which bar owner Neil Timms told USA Today “took place in front of the pub by the road near some picnic tables.”

The Crown & Anchor Pub is apparently a short drive from the MARFORRES installation where Thornton was based.

Thornton has been a Navy chaplain since 1992. He previously served as the chaplain for Headquarters and Service Battalion at Marine Corps Forces Pacific; in 2000, he presided over the memorial service of 17 Navy sailors killed in the bombing of the USS Cole bombing by Al Qaeda in Yemen.

Navy chaplains are embedded in Navy and Marine Corp units alike to “provide a source of comfort and refuge that enables service members and their families to practice and grow in their faith and to face personal and professional challenges,” according to the service’s strategic plan.

“Chaplains,” the guidance adds, “provide a visible reminder of the presence of God and offer hope during the most difficult times that our people face.”