Disabled American Vets Living Overseas Are Getting Screwed Out of Healthcare

Do you know that there are approximately 28,000 disabled Veterans who live outside of the U.S. who are excluded from... 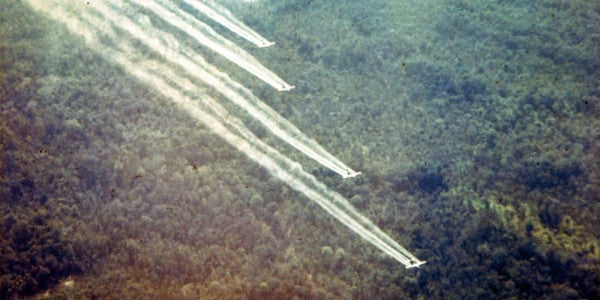 Do you know that there are approximately 28,000 disabled Veterans who live outside of the U.S. who are excluded from receiving health care from the VA? Many of these Veterans are classified by the VA as 50% or more disabled. If they resided in the U.S., they could be entitled to non-service connected disability health care from the VA at no cost (depending upon their financial status); but because they live overseas they are flatly denied. The question is “Why?”

A group of laws known as “Title 38” originally authorized the VA to provide health care to only Veterans with service connected disabilities (regardless of where they lived). This general restriction was modified in 1996 to provide non-service disability health care for Veterans living in the U.S. but not for Veterans living outside of the U.S. Section 1724 of Title 38 specifically prohibits the VA from providing non-service disability health care to expat veterans.

Some argue that Veterans who have decided to live abroad have deserted their country and don’t deserve non-service disability health care from the VA. That is a tough opinion to change, but let me say this. In the 21st century with modern communications it doesn’t matter where in the world a person lives. An American is an American is an American no matter in what country he/she resides. Most expat Veterans continue to pay U.S. taxes, many vote regularly via absentee ballot and with the help of the Internet, stay better informed than many stateside Veterans.

Others argue that fraud would run rampant if the VA paid for non-service disability health care outside of the U.S. However, the facts simply do not support that contention. Military retirees living abroad use TriCare for their medical coverage – a form of health care insurance earned by their years of service; no rampant fraud experienced there.

Also, the FMP (Foreign Medical Program run by the VA) already pays for foreign health care directly related to service-connected disabilities that is incurred abroad; no rampant fraud experienced there.

So why aren’t disabled expat Veterans treated in the same manner as disabled stateside Veterans? Section 1724 of Title 38 is a horse and buggy era law and many, both inside and outside of the VA, agree that it should be repealed; but getting Congress to act is another story. “Budget constraints” is what most in Congress use as their defense for not acting but we all know that extending well-earned benefits to 25,000 disabled expat Veterans isn’t even going to cause a small blip on the Congressional budget radar screen.

One of the largest groups of Americans who decide to live abroad are Veterans. Many have spent a considerable part of their military service abroad; some speak two or more languages and have grown accustomed to life overseas, particularly in the developing world. Living back home in America may even seem boring and slow once they leave the service. And of course, the cost of living overseas, including health care, is substantially less than the U.S.

Making the location of where you place your boots at night a condition of VA health care benefit eligibility is shameful at best; cruel and deceitful at worst. When we raised our hands and swore to uphold and protect the Constitution of the United States, there was no legal small print in our oath.

I now ask Congress to erase the legal small print in their oath to us; repeal Section 1724 of Title 38 and treat disabled expat Veterans fairly no matter where they place their boots at night.

Ken Adams is a disabled Vietnam veteran living in Thailand. He served 3 years in the U.S. Army as a Terrain Analyst assigned to CICV in Saigon in 1969 and to the 64th Engineering Detachment at IFFV HQ in Nha Trang in 1970. The VA has classified him as 70% disabled, primarily due to Ischemic Heart Disease more likely than not caused by exposure to Agent Orange while in Vietnam.