A special agent for the Air Force recently ended up saving an airman's life — all due to the fact... 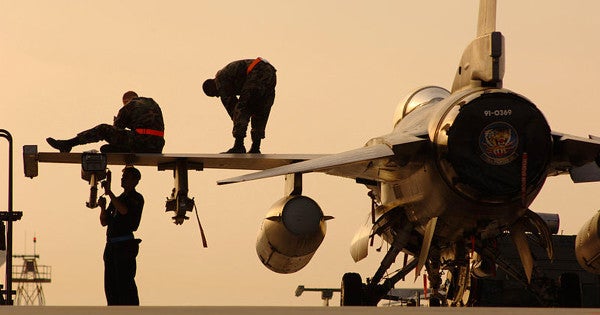 A special agent for the Air Force recently ended up saving an airman's life — all due to the fact that he was browsing Reddit.

Special Agent Charles Woomer discovered an anonymous post on Reddit on April 24 asking how the military's life insurance policy would pay out if “something” were to happen before he or she separated from the military in less than a week.

Some in the thread were concerned, according to the Air Force. While they couldn't do much other than words, Woomer was able to contact Reddit and Google to track the airman down.

Fortunately, the unidentified airman was found and confronted by his or her leadership at Fort Gordon, Ga., and was taken for treatment at a nearby medical facility. It turned out the airman had run out of his medication from a previous diagnosis of depression.

As the Air Force notes, he or she would have left behind a spouse and two kids.

So what are we to make of this? This story has a happy ending, and I hope, this airman will continue to get the help that he or she needs.

I guess for me, it's that we all can do a small part in creating more of these good stories. If you see something like this on Reddit or Facebook, and you know the person, call them up immediately.

Perhaps they are in a dark place, or just need someone to talk to — and it could be the difference between them keeping on or becoming another sobering statistic.