This airman went in search of caffeine at 3 a.m. He ended up saving a life instead

"They said, 'you know what I'm not ok, I'm not good,' and then they just collapsed on the ground." 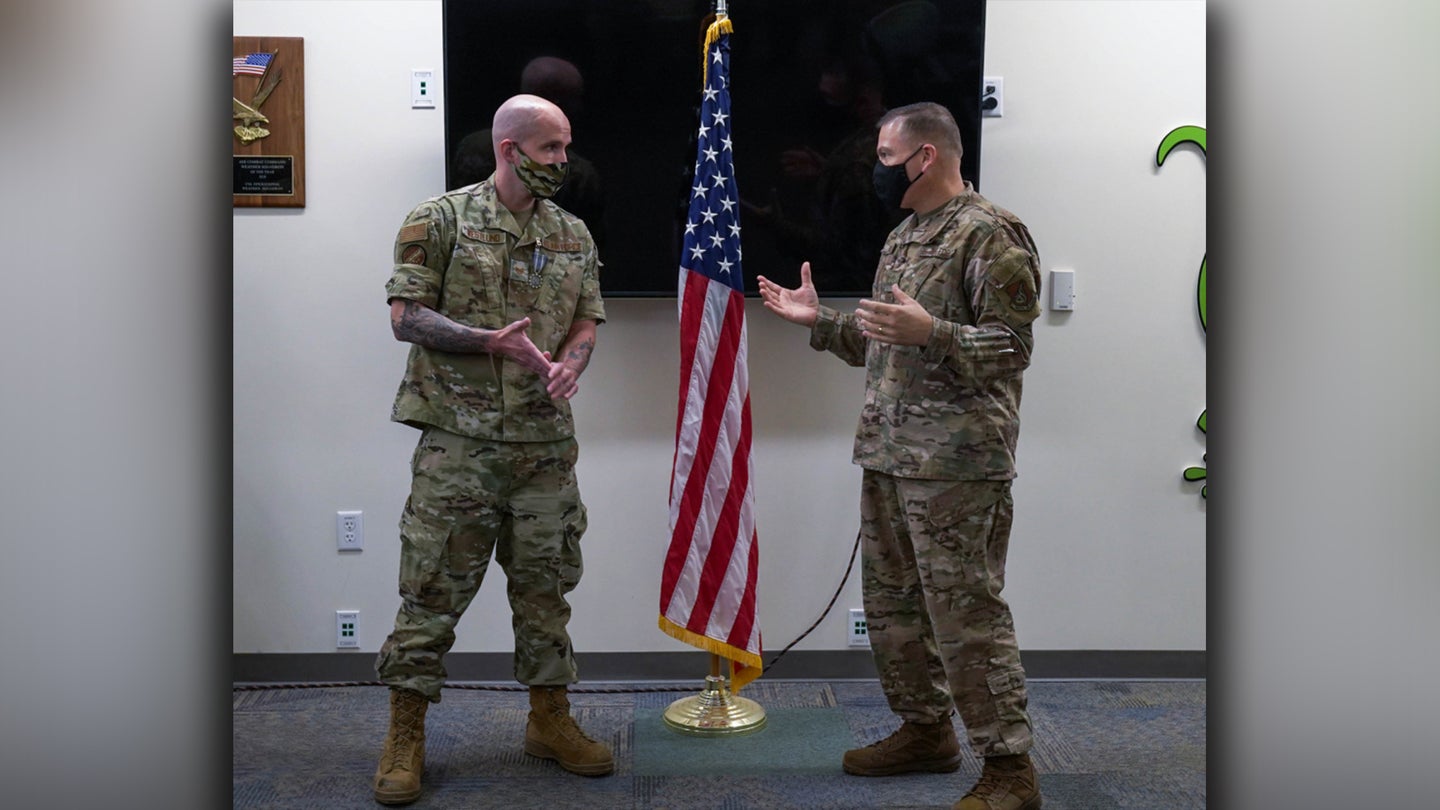 Tech Sgt. John Logan Westlund was in the right place at the right time to help an airman in need while on his way to the store for a quick fix of caffeine. It was 3 a.m. at Joint Base Pearl Harbor-Hickam, Hawaii, and Westlund was working a mid-shift (the all-night duty that civilians might call a graveyard shift). A member of the 17th Operational Weather Squadron, Westlund helps provide forecasts for the millions of square miles covered by U.S. Pacific Command. But that night Westlund discovered a problem much closer to home when he went out to buy energy drinks from a convenience store.

While out on his caffeine run, Westlund noticed an airman sitting alone outside a bus stop. Westlund drove back to ask the airman if he was all right.

“The airman first said they were fine, then I asked again and they said, ‘you know what I’m not ok, I’m not good,’ and then they just collapsed on the ground,” said Westlund in a recent press release. “I got out of the truck and walked around and they were on the ground crying, and that’s when I called back here and talked to Tech. Sgt. [Zachary] Hargis.”

Hargis was the senior duty officer for Westlund’s squadron that evening. He met Westlund and the airman and they agreed that the best thing to do would be to call the airman’s first sergeant. While not an official rank, “first sergeant” is a special duty for non-commissioned officers who airmen can talk to about readiness, health, morale, welfare, and quality of life issues.

“It is easy to consider the emergency room or mental health, but the shirt is more familiar with their people and they’re always available to help,” said Hargis, using a colloquial term in for first sergeants, who are sometimes referred to as the ‘first shirt’ or just ‘shirt’ in the Air Force.

Though the press release does not specify what date the incident occurred, or what happened to the upset airman afterward, it says that Westlund was awarded the Diamond Sharp Award for exemplifying first sergeant traits and for taking care of his fellow wingman. For Westlund, the episode was a reminder of how important it is for leaders to check on their people.

“I would say truly get to know the people in your squadron and then try to notice them and when things are different,” he said. “This time it just happened to be someone I’ve never met.”

It also shows that sometimes good things can happen, even during an energy drink-run in the middle of the night, if you keep an eye out for them.

“It’s all about noticing your surroundings,” Westlund said. “It’s really easy to go on autopilot to get in a routine and not really notice things around you, and the most important thing is just being there, I am just really happy I went to get an energy drink at that time.”